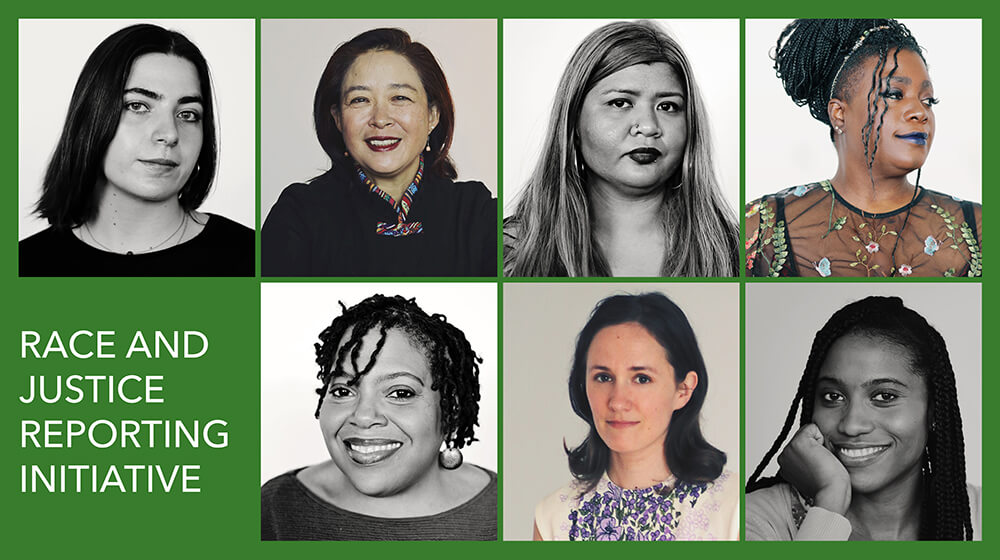 No matter where they work, good journalists aim to deliver fact-based, unbiased stories about the communities they serve. But despite the industry’s efforts, journalism has a glaring bias of its own: Across America, writers and editors working in newsrooms are predominantly white.

According to the U.S. Census Bureau, racial and ethnic minorities comprise about 40 percent of the U.S. population, but make up less than 17 percent of newsroom staff at print and online publications and only 13 percent of newspaper leadership.

That lack of diversity presents barriers for journalists of color seeking full-time roles at major media outlets, especially considering the education and unpaid internships that typically lead to employment in the field.

Additionally, with most bylines belonging to white writers and reporters, audiences of color don’t often see themselves represented in the stories, articles, videos, and social media produced by major media outlets.

Recognizing the need for inclusivity in Detroit’s media landscape, Wayne State University’s Detroit Equity Action Lab (DEAL) has been working to further the development of local journalists of color through its Race and Justice Reporting Initiative.

The Race and Justice Reporting Initiative launched in 2019 with support from a grant from the Community Foundation and the Detroit Journalism Engagement Fund (DJEF). The DJEF emerged from a scan of the local journalism landscape that collected interviews from more than 60 local and regional stakeholders, including Detroit-area news leaders and national journalism experts.

The report revealed a shrinking and changing media landscape, as well as a lack of diversity in local newsrooms. In 2017, when the study was completed, the Detroit Free Press and Detroit News newsrooms were, respectively, 16 percent and 17 percent staffed by people of color.

“We need to build an inclusive journalism ecosystem, where journalists come into a community, feel supported, and meet editors.” Martina Guzmán

Since then, projects like DEAL have been bringing more voices of color into Detroit media. DEAL’s first meeting resulted in pieces about racial and environmental justice published in outlets such as WDET, Detroit MetroTimes, and Energy News Network, as well as workshops providing journalists with assistance editing, publishing, and taking photos for their work.

“We need to build an inclusive journalism ecosystem, where journalists come into a community, feel supported, and meet editors,” Martina Guzmán says.

Diverse Storytelling More Important than Ever

This year, amidst COVID-19 and demands for racial justice, Guzmán and Hammer say diverse storytelling is more important than ever.

“We’ve got to give voice to people who have the lived experience of racial disparities, especially during the COVID crisis; otherwise we’re not giving the public what it needs,” Hammer says.

In addition to virtual journalism workshops, Guzmán and Hammer partnered with two Detroit media outlets to produce pieces by BIPOC journalists: Planet Detroit – an email newsletter that focuses on environmental issues in Detroit and Michigan; and Detour Detroit – a website that aims to publish equitable journalism by and for Detroiters. Together, the two outlets are produce pieces centering on race and justice, including topics on mental health access and environmental justice.

Recently, the initiative also partnered with Indigenizing News, a digital magazine dedicated to increasing Native American and Indigenous representation in the news media. The alliance will lift the voices of journalists from the Red Cliff Band of Lake Superior Ojibwe, Grand Traverse Bay Area Ojibwe, and the Sault Tribe of Chippewa Indians in northern Michigan. Their stories will be shared in the Traverse City Record Eagle, and in one of the many media outlets in southeast Michigan.

As the stories produced through the Race and Justice Reporting Initiative become available, Guzmán sees a shift emerging in newsrooms that pick up stories that truly represent the communities where they are published.

“When people of color see a byline from another person of color, you are building trust with the media,” Guzmán says. “That’s the foundation of this project – building trust between communities of color and the media — and right now, trust is at an all-time low.”

Read about how other journalism grantees are making an impact

Please use the form below to donate to the Detroit Journalism Engagement Fund. If you’d like to learn about other ways you can support permanent, positive change in the region, click here.