The purpose of the Detroit Journalism Engagement Fund is to increase the quality, outcomes and reach of journalism in the region, with an emphasis on engagement, innovation and the equitable recovery of Detroit. The Fund, through its grantmaking program, will seek to advance quality journalism while reflecting the perspectives of diverse constituencies including people of color, women and low-income communities.

The Detroit Journalism Engagement Fund was launched in March 2017 as a partnership between the John S. and James L. Knight Foundation, the Ford Foundation, and the Community Foundation for Southeast Michigan.

The Fund began as part of a larger strategy by the Knight Foundation to expand local reporting in Detroit and Southeast Michigan. It also expanded on Ford Foundation’s strategy to more effectively involve community residents in telling the story of Detroit’s future.

The Detroit Journalism Engagement Fund seeks to strengthen local coverage by supporting a mix of different projects and approaches designed to help journalists engage community residents in the reporting process. The Fund seeks to promote the digital transformation of local news organizations by supporting journalism innovation and new digital tools.

This grantmaking program is built upon learnings from an initial scan of the Detroit Journalism Landscape.

In addition, thanks to the Ford Foundation investment, the Fund is further investing in New Michigan Media and its partner organizations, which include: the Arab American News, the Jewish News, Michigan Chronicle, the Michigan Korean Weekly, and the Latino Press.

The application period is currently closed. 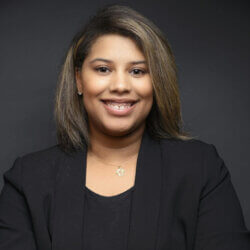