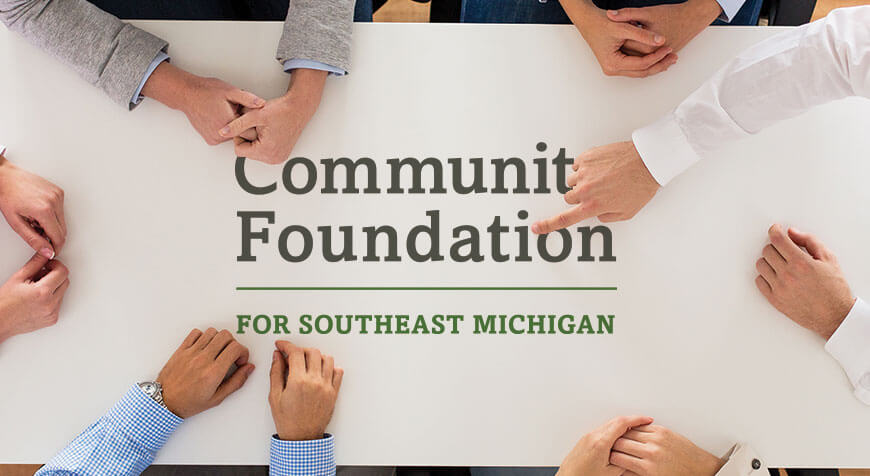 DETROIT – The Ralph C. Wilson, Jr. Foundation recently announced a series of grants totaling $6 million to support the Community Foundation for Southeast Michigan (CFSEM), including the establishment of 3 endowed funds to benefit the region, as part of its 2015 Transitional Legacy Grant Program. The grants will fund:

Trustees of The Ralph C. Wilson, Jr. Foundation announced this support as part of more than $17.4 million in grants to 20 organizations throughout southeast Michigan at an event on November 18, 2015.

“We are proud to announce these grants in collaboration with charitable organizations throughout Southeastern Michigan,” said Mary Wilson, Life Trustee of The Ralph C. Wilson, Jr. Foundation and wife of Ralph Wilson. “I know Ralph would be eternally grateful to see his passion for his hometown continue in this way, and it is wonderful to know his legacy will endure through the tireless efforts of so many organizations and people.”

The Ralph C. Wilson, Jr. Foundation is dedicated primarily to sustained investment in the quality of life of the people of Southeast Michigan and Western New York, reflecting Mr. Wilson’s devotion to his hometown of Detroit and the people of greater Buffalo, home of his Bills franchise.

Information on how nonprofits can apply for grants from The Ralph C. Wilson Legacy Funds at the Community Foundation for Southeast Michigan can be found at https://cfsem.org/fund/ralph-c-wilson-jr-funds.

The Community Foundation for Southeast Michigan is a full-service philanthropic organization leading the way to positive change in our region. As a permanent community endowment built by gifts from thousands of individuals and organizations, the Foundation supports a wide variety of activities benefiting education, arts and culture, health, human services, community development and civic affairs.  Since its inception, the Foundation has distributed more than $709 million through nearly 54,000 grants to nonprofit organizations throughout Wayne, Oakland, Macomb, Monroe, Washtenaw, St. Clair and Livingston counties.  For more information, please visit www.cfsem.org.

The Ralph C. Wilson, Jr. Foundation is a newly funded private foundation headquartered in Grosse Pointe Farms, MI.  The Foundation was established in 2011 by Mr. Ralph C. Wilson, Jr. to eventually become the vehicle to receive a substantial amount of his Estate’s proceeds which are to be used exclusively for charitable purposes.  Mr. Wilson passed away on March 25, 2014 after which the Trustees liquidated the majority of his Estate’s assets and funded the Wilson Foundation with $1.2 Billion in early 2015. It measures in the top five of Michigan based private foundations and has a 20-year lifespan.  The same four individuals who served as trustees for Mr. Wilson’s Estate are designated as Life Trustees of the Wilson Foundation. An additional three trustees will be added in the near future.

Community Foundation grants over $200,000 to local journalism from the Detroit Journalism Engagement Fund