The Michigan Justice Fund is a collaborative fund committed to promoting and advancing the prosperity and dignity of Michigan residents by stemming the flow of individuals into the youth and criminal justice systems, supporting the investment of public dollars to community-driven alternatives to incarceration and detention, and by ensuring those who are returning home after incarceration or detention receive the support they need to flourish.

Join funders and individual donors in support of the work of the Michigan Justice Fund.

Learn about the types of projects supported by the Michigan Justice Fund.

Over the last two decades, Michigan has been reckoning with its reliance on incarceration. In 2003, Michigan was spending more than $2 billion a year on its state corrections system, incarcerating nearly 50,000 people, and generating an alarmingly high recidivism rate – nearly half of all people released would be returned to prison within just a few years.

Through a series of reforms that became known as the Michigan Prisoner Reentry Initiative, Michigan was able to close 20 corrections facilities and reduce its prison population. Nearly two decades later, a number of important reforms have recently been enacted by the state legislature to begin to address pre-trial bail and jail reform, “Raise the Age” of confinement to adult prison for youth from 17 to 18 years of age, and improve record clearance opportunities for people with criminal records. Despite this progress, justice policy in Michigan has a long way to go to address many of the root causes of the cycle of crime and create a policy landscape that supports fair and equitable justice.

Nearly 100,000 people in Michigan are currently in prison, on parole, and on probation. Among those, roughly 40,000 individuals are incarcerated in state prisons, including the elderly, and many who are living with a mental illness. Another 15,000 people are currently in Michigan jails, with most awaiting trial. Significant racial disparities exist at every stage of justice-system contact, with African-Americans comprising over half of the state’s prison population and 64 percent of Michigan’s population serving life or long sentences. 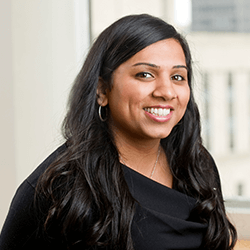