On The Table Calls For Hosts 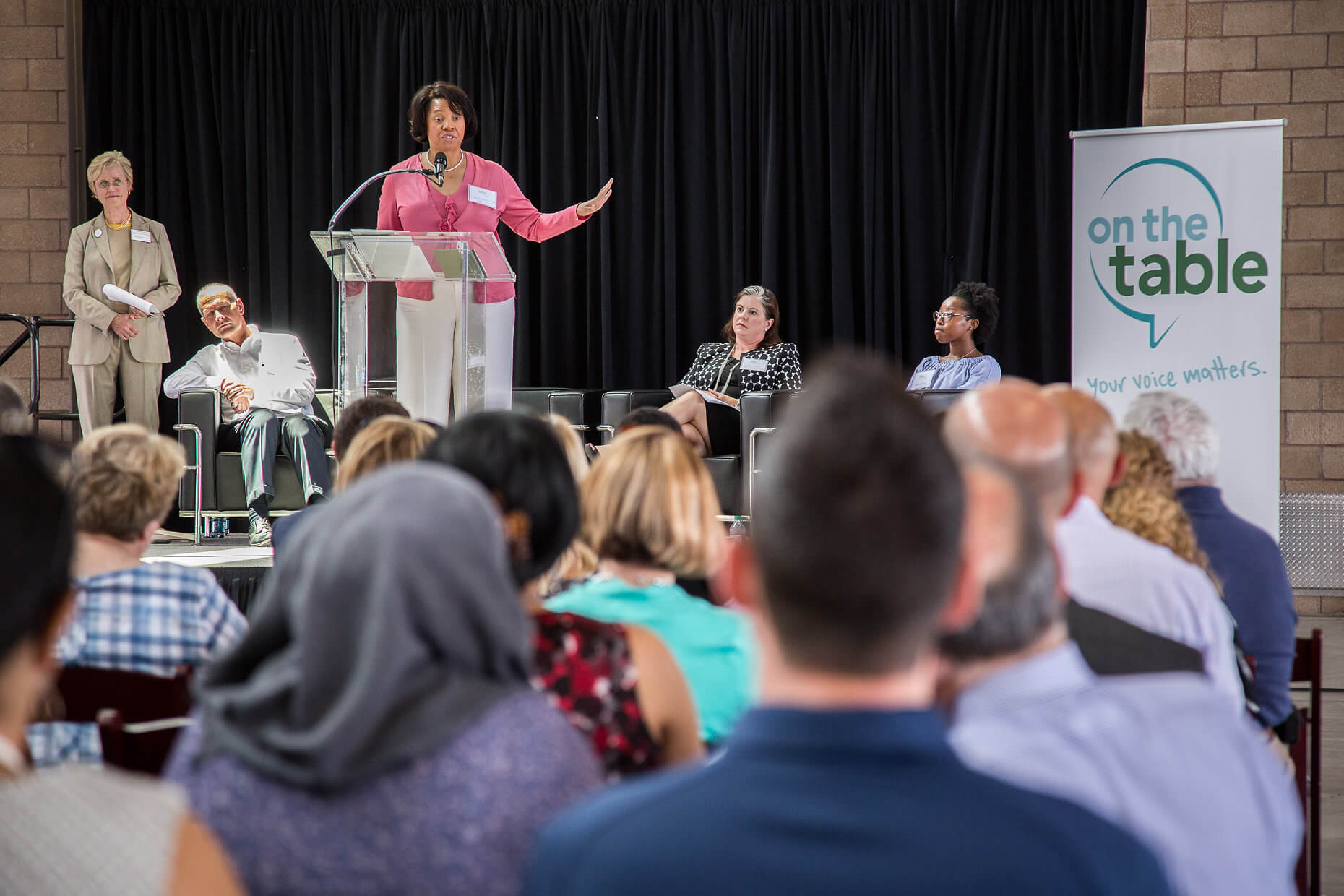 “Every good thing, every big thing, every movement started with an idea,” said Jenice Mitchell Ford, CFSEM trustee. “An idea that one person brought to the table they could share with others, thereby exposing that idea to the light of debate and conversation, which allows that idea to be made better and to mature and then that idea became that good thing, that big thing, or that movement.”

On Wednesday, Oct. 4, people around seven counties of southeast Michigan will gather in small groups over breakfast, lunch, dinner or anytime in-between to discuss a variety of topics affecting the area’s youth. Participants in Grosse Pointe are invited to join the discussion, sharing their ideas on how to make sure young people thrive in the region.

It’s called On the Table. The Community Foundation for Southeast Michigan and the John S. and James L. Knight Foundation joined together to support this new community engagement initiative, started in Chicago in 2014 and launched this year in southeast Michigan. Organizations, businesses and individuals are welcome to pull up a chair and participate by hosting an event.

Message from the President September 2017