The Protective Spirit Of Place 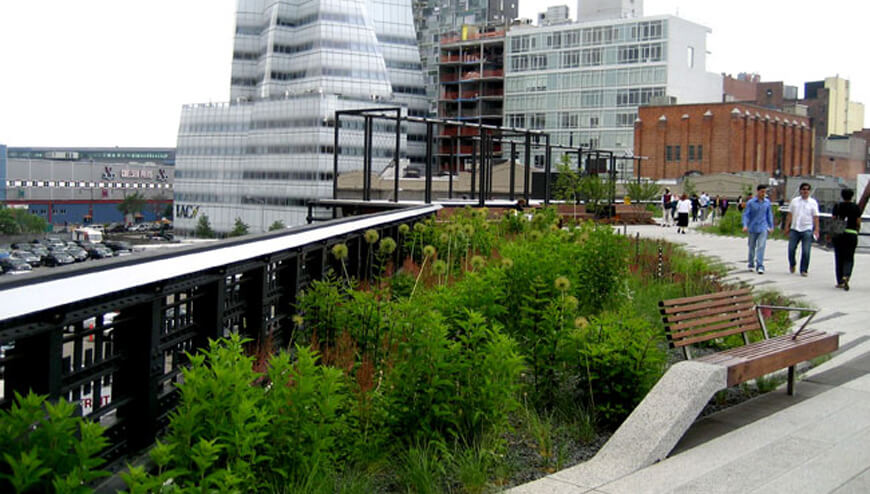 Musings of a Streetwalker

Genius loci is what the Romans called it. “The protective spirit of a place.” It had religious connotations, thought of as a “guardian deity,” connected to a particular spot on the landscape. It was often depicted as a relief showing a youthful Roman holding a cornucopia, a bowl or a snake.

In modern times, the idea persists. Design professionals will talk about the “distinctive atmosphere” or “pervading spirit” of a place. Very simply, it’s what place means to us.

The idea of “place” has become a hot topic over the past few decades, as we think about what we want our community to look like, how we relate to our community, how we interact with and fit in our “place”.

The common term for that relationship is “placemaking.” Wikipedia defines placemaking as the “process that capitalizes on community assets, inspiration and potential,” and that it “creates public spaces that promote health, happiness and well-being.” It is, as the definition suggests, both a process and a philosophy.

Placemaking was recently brought to Detroit in a big way. In April, the Project for Public Spaces, a New York-based nonprofit that works on placemaking around the world, held the first Placemaking Leadership Council meeting in Detroit. For three days, PPS president Fred Kent and his associates talked to and with more than 300 people from more than a dozen countries and 25 states about effective placemaking and how it should be integrated into community design and development.

It was an inspiring few days that included a myriad of inspiring illustrations of how placemaking is working in communities around the country and the world (Maureen McDonald posted a story about the Summit, Finding a Place in Placemaking, in late April).

And there’s more. Kent, who was involved in the design of Campus Martius, and who has worked with the Eastern Market and on a number of other projects around the city, is working with Dan Gilbert and the folks at Quicken on animating the public space in the Central Business District, from Grand Circus Park to Hart Plaza (many of the concepts were rolled out publicly March 28).

Governor Snyder’s in on it, too. In July 2012, he appointed former Department of Natural Resources director, Rodney Stokes, as the point man in the state’s urban revitalization strategy, emphasizing that communities need to think about placemaking in their community design.

The Project for Public Spaces talks about a process referred to as Lighter, Quicker, Cheaper, which acknowledges the budget constraints that many municipalities find themselves in these days, while also recognizing that a little attention may be all that’s needed to animate community assets.

They may be as simple as blocking off a street for a weekend festival, or placing chairs in an unused park and thus inviting people to sit down and enjoy its ambience, or setting up a farmer’s market in a parking lot—all of which have been done, with tremendous impact on the place where the activity was held. They’re efforts worth thinking about when looking for ways to make a place come alive.

But I’d like to return to the idea that was mentioned at the beginning of this story, that being the idea of genius loci—of a spiritual connection to a place. And in doing so, let me also bring in a conversation from the Summit.

The Summit provided several different opportunities for small groups with self-selected interests to discuss various placemaking topics. I participated in one called Place Capital. Simply stated, it was a discussion about the capital—the “value”—of a place, and what that means to a community. During the course of this small group discussion, a woman from the Metropolitan Planning Council in Chicago began to describe two projects that she’s been working on, and, frankly, struggling with.

One of her projects is known as the Bloomingdale Trail, although that’s a bit of an optimistic characterization: it’s little more than a concept. Much like the High Line in Manhattan—an elevated park built on the super-structure of an abandoned elevated rail line—the Bloomingdale Trail will be, when built, a three-mile-long elevated park that will extend from the western neighborhoods of Chicago to the edge of the Loop. The woman who presented the idea explained that she had run into challenges in getting the general public to understand the impact of such a concept.

But more to the point of the PPS mantra, the Bloomingdale Trail, much like the High Line, is not lighter, quicker or cheaper. Like the High Line, Bloomingdale promises to be very expensive, very challenging and will take a long time from idea to ribbon-cutting. So her question to the group at the Summit was, is this placemaking?

A quick digression here. The Dequindre Cut was featured in an opening plenary montage at the Summit about signature projects from around the country that have had oversized impact; it was mentioned in several small groups as an illustration of the importance of rethinking how communities use land; and it was offered (by people from out of state) to be included on a list assembled by Kent and his associates on the final day of the Summit when they were looking for premier examples of placemaking. So the Dequindre Cut had already become an important reference point in the conference conversation.

In support of the question about the Bloomingdale, I offered the Cut as an example of placemaking, and later had a chance to describe the process, and the challenges, that brought about the Dequindre Cut.

It, too, was not lighter, quicker or cheaper.

The High Line cost the folks in New York $80 million and took 10 years to build. The first phase of the Cut cost around $5 million and took seven years to open. It’s expected that the Bloomingdale Trail will cost more than $10 million, and they’ve been working on it for almost five years already.

So what does all of that have to do with placemaking?

It’s how we relate to our environment—to our community, to the space around us, to our “place.” Every community has places that are important—that offer people solace, tranquility, hope, inspiration, a place to gather, to discuss, to engage, to relate. It’s how we make those places transform the human spirit.

I applaud Fred Kent and what he and the Project for Public Spaces are doing in elevating the conversation about placemaking as an important way of thinking about our community. And I heartily endorse the idea that placemaking can be implemented with a little creativity and inspiration. Placing lawn chairs in an empty park and watching the public “discover” that public space is valuable, and a great way to introduce the idea of the importance of public space.

It needs to be coupled, though, with those impact projects—projects that are truly transformative, that change the landscape and the community they’re in—the ones that force us to think about our community, our neighborhood, our place, in ways that we may have never even conceived of, let alone planned for. Projects like the High Line, the Bloomingdale Trail, and the Dequindre Cut, are indeed placemaking, and should be recognized as the important placemaking tool that lighter, quicker, cheaper is.

They help capture that distinctive atmosphere of a place; that protective spirit. That genius loci.