Inclusion Works: A Case Study of the Hope Fund 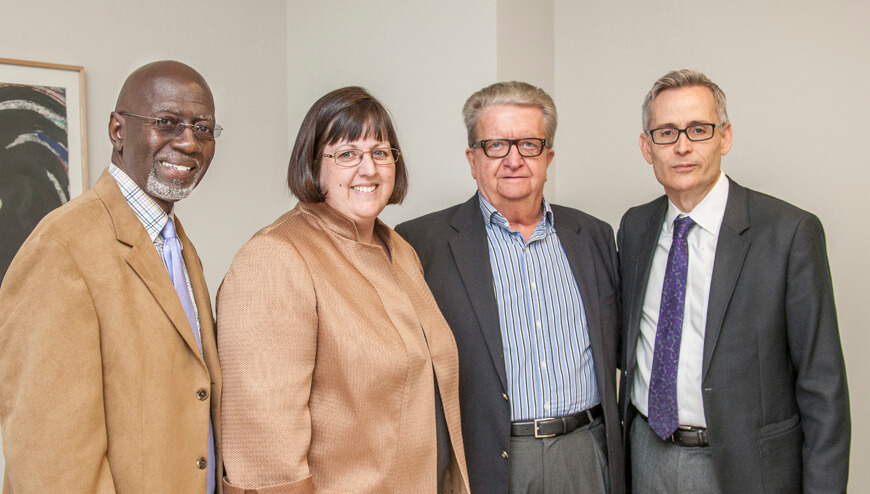 From the beginning, there was a sense that history was being made. It was 1994 and a brave Mariam Noland stood in front of her 50-member Community Foundation board of trustees and said, “I think we should start a permanent endowment fund to support the needs of the lesbian and gay community. We have a $43,000 seed grant opportunity on the table from the national organization Funders for LGBT Issues, and a motivated group of community volunteers ready to raise the required match for it.”

You could hear a pin drop. What would a mainstream board say to this idea well before many other communities were even speaking the words “gay” and “lesbian”?

If you think I’m making more of this moment than need be, think again. That decision landed on the front page of the Detroit News as soon as it was public. Indeed, the Community Foundation was being watched to see how this new fund would proceed.

And so The HOPE Fund (which stands for Helping Others Through Partnership and Education) began. In the early years, the staff worked hard to identify grant opportunities that were important for the lesbian, gay, bisexual and transgendered community, but also educational opportunities that would help the mainstream community better understand the needs of the LGBT community.

The years went on and the grants grew into new areas as our own trustees and the community began to learn about the issues, needs and resources in the field.

On the donor side, a different kind of education has happened. The HOPE Fund has raised awareness among LGBT donors about the need to create an estate plan, no matter what their estate size. HOPE has also worked hard to help people include charities within those estate plans, which is particularly important in a community that does not always define family in a traditional way.

So, what are the results? Has there been any damage to the Community Foundation for its decision to be home and incubator for The HOPE Fund? Well, about once a year we get a handwritten letter telling Community Foundation staff we are going to hell. (Yes, I’m serious.) But, apart from that, there is only good news to share. Here are just a few outcomes since 1994:

The HOPE Fund has become one of the Community Foundations biggest success stories. Not because of the amount raised or granted, but because of the way the fund has served to educate the larger community about our LGBT members – both about the needs of the LGBT community, and the amazing contributions of the community as well.

As I write this, The HOPE Fund is preparing to celebrate its 20th anniversary. The Advisory Committee wants to work hard this year to use this moment as an opportunity to Educate people on the history of The HOPE Fund and its impact, Thank The HOPE Fund’s donors and founders, and Leverage the opportunity by raising new funds and encouraging new donors to The HOPE Fund.

While the Committee is working hard on those goals, I want to take a minute to thank them, as well as all of those people who have served in the past! Many of the members have been on since the beginning, plugging away year after year to both build the fund and build the impact. If that work has produced such an enormous impact in just 20 years, its hard to imagine what the outcomes will be 20 years from now. Thank you all for looking beyond yourselves to the many generations that will benefit from your work.

Detroit Auto Dealers Association and the Community Foundation for Southeast Michigan  Announce $500,000 in Grants to Nonprofits