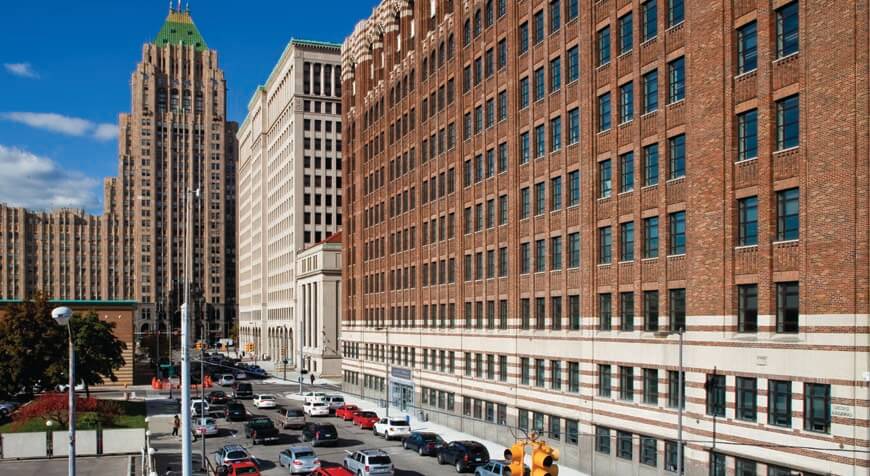 DETROIT—With a mission to create, conserve and promote greenways and green spaces in order to connect people, places and nature, the Detroit Greenways Coalition has announced its official formation as a nonprofit organization. The Coalition, which held its inaugural board meeting in February, has filed forms with the IRS requesting recognition as a 501(c)(3) nonprofit organization.

Much of the growing interest in building greenways began in 2001 with the launch of the GreenWays Initiative, an effort by the Community Foundation for Southeast Michigan. The organization’s goal was to raise foundation and private dollars to expand and enhance the region’s natural landscape. Greenway projects, located in mostly abandoned railways, were aimed at improving the area’s quality of life, beautifying neighborhoods and stimulating neighborhood-level economic development.

Those developing greenways, including community development corporations and nonprofit organizations, soon saw the value in collaborating in order to solve common issues and create a citywide, connected greenway vision. In 2006, the Detroit Greenways Coalition was formed with the assistance of the Michigan Trails and Greenways Alliance, Michigan Community Resources and CFSEM.

After years of operating informally, the Coalition strategically planned its evolution into a nonprofit organization recently and set an initial direction. The organization’s strategic plan represents far more than the Coalition work over the past nine months. It is a testimony to the years of greenway visioning, planning and implementing by members long before they came together as a Coalition.

Members of the Coalition’s Board of Directors will volunteer their time to build on and implement the Coalition’s Strategic Plan. Recently elected Board President Al Fields will preside over quarterly board meetings and provide organizational direction. Fields, a Detroit resident, is an executive vice president at Computech Corporation in Midtown.

The newly elected officers and Board members are:

“Our vision is to help create a strong, healthy, vibrant City of Detroit and region where a seamless network of greenways, green spaces, blueways and complete streets is an integral part of people’s active lifestyle including day-to-day transportation and recreation,” Fields says.

The Detroit Greenways Coalition is a nonprofit organization established in February 2014 in Detroit. The MISSION is to create, conserve and promote greenways and green spaces in order to connect people, places and nature. Its VISION is a strong, healthy, vibrant City of Detroit and surrounding region where a seamless network of greenways, green spaces, blue ways and complete streets is an integral part of people’s active lifestyle including day-to-day transportation and recreation. For more information, visitwww.detroitgreenways.org.

Measuring Outcomes for Boys and Men of Color