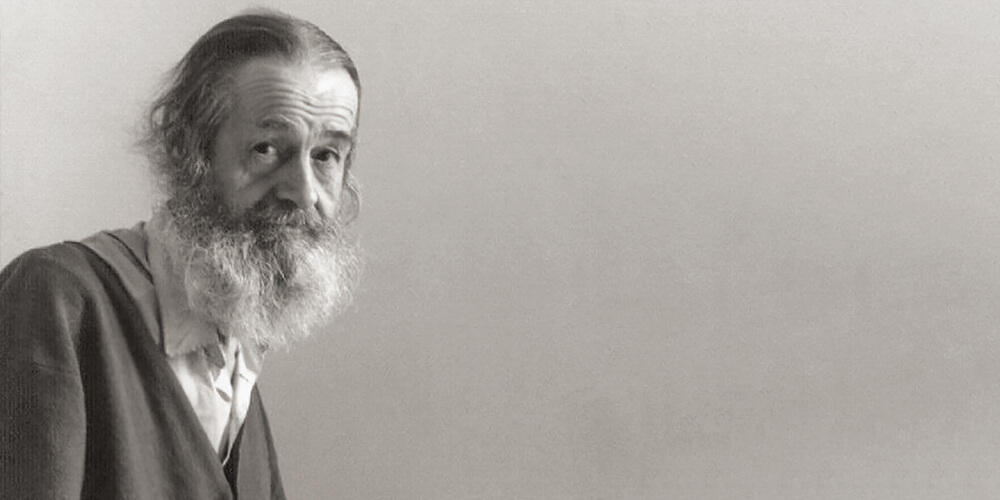 This story originally appeared in our Winter 2019 REPORT Newsletter.

Type in “philanthropist” to a Google image search, and you see a lot of familiar faces: Bill Gates, Jeff Bezos, Mark Zuckerberg, Oprah Winfrey. All of those people fit the standard image of wealth that we typically tie to philanthropy, but that picture isn’t always accurate.

For every Gates or Winfrey, there are hundreds of lesser known — and far less wealthy — benefactors helping to make change in their communities. One local example: Little-known Detroiter Eugene Howe.

A resident of Detroit’s Cass Corridor from the ’70s into the ’90s, Eugene Howe lived modestly. He typically wore a ragged shirt and tattered pants, which were covered on one leg with rubber bands and a long, white sock on the other.

Neighbors could often find him, with his wiry frame and scraggly beard, at local soup kitchens, churches, and shelters, taking math lessons and playing pool. Surprisingly, one could also find him at the Community Foundation.

Starting in the late 1980s, Howe began making frequent visits to the Community Foundation, where he’d drop in for a cup of coffee. But Howe wasn’t just there for a hot coffee; he also had business plans.

He explained to Community Foundation staff that he was working with a lawyer and he wanted to “start a fund like Mr. Rockefeller”— a seemingly odd mission for a person who, on the outside, appeared to be an individual looking for help rather than someone devoted to helping others. Nonetheless, Howe had a clear vision for the impact he wanted to make in the community: Help homeless people resume productive lives.

When Howe died in 1992 at age 74, he left a six-figure gift to the Community Foundation as part of his estate. We’ll likely never know what motivated Eugene Howe’s generosity. We also don’t know his full life story or why he lived as he did. What we do know is that he was a man who cared for others, and who had a larger vision for the impact he could have on his community.

Per his wishes, in 1992 the Foundation established the Eugene A. Howe Endowment Fund — a permanent endowed Community Foundation fund.

Since then, Howe’s bequest has helped countless individuals experiencing homelessness in the metro Detroit area become self-sufficient, independent, contributing members of society — a task that remains vital to the southeast Michigan community.

In recent years, homelessness in Michigan has remained a complex issue and continues to increase in some communities. In 2018, a report from the Michigan State Housing Development Authority counted 65,104 homeless individuals in the state (defined as individuals and families residing on the streets, in emergency shelters, or in other places not fit for human habitation). That number includes a variety of distinct groups including seniors, veterans, and children. The work the Community Foundation enables as part of Howe’s mission is undoubtedly helping to address the needs of each of those subpopulations.

Most recently, the Community Foundation awarded a $50,000 grant to the Coalition on Temporary Shelter (COTS), partially supported with Howe Fund dollars. The grant will help provide coaching and mentoring for homeless children in the Detroit area as part of COTS’ mission to serve the homeless in its emergency shelter and through its transitional and permanent housing programs.

The Foundation also gifted a $20,000 grant to Ozone House in Ann Arbor, a group that provides a variety of services for homeless youth such as shelter, housing, counseling, and food service.

A $30,000 grant was also presented to SOS Community Services in Ypsilanti, which aims to prevent and end family homelessness in Washtenaw County.

As an endowed fund, Howe’s original gift has allowed the Community Foundation to assist programs combating homelessness throughout the seven counties it serves. As the capital generated by the fund grows, it will continue to help local nonprofits make significant progress toward reducing the number of homeless individuals across southeast Michigan in perpetuity — and challenge the recognizable image of “philanthropist” in the process.

Learn more about endowment            Make a gift to the Community Foundation