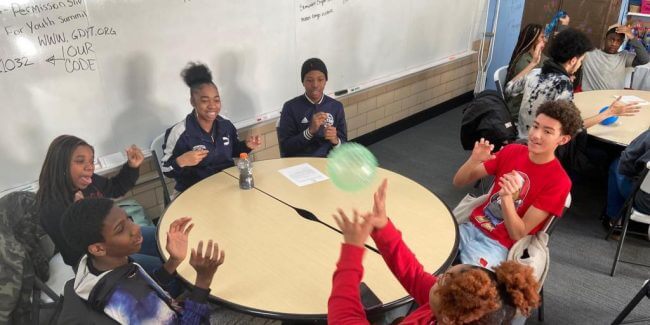 When Kimberly Johnson realized that there was a lack of resources and activities for youth in Detroit, she decided to be a fix that problem. In 2007, she founded Developing Kingdoms in Different Stages to help engage youth in her area.

Johnson said she was motivated because there were gaps where young people did not have access to opportunities in Detroit. She said she noticed that people in Detroit felt that the only way to find and participate in programs and activities was to leave the city.

“I wanted to create something of quality that was in the city,” she said.

“Developing Kingdoms really gives you that feeling of family,” he said. “[The group] constantly find ways to come back because you love the people there.”

The council members also noted that being a part of Developing K.I.D.S gives them opportunities to engage with their community.

Youth Advisory Council member Jamal Newberry, and council supervisor Destynee Nixon both said that Developing K.I.D.S fosters relationships with the community and other organizations in the community.

“Doing good for themselves helps them do good for others,” Newberry said.

Developing K.I.D.S holds events and fundraisers throughout the year to really bring the community together. Johnson said she feels that organizations like hers can impact the community, “if you listen to the community and find out what their needs are.”

The program offers many different levels of help and support to students. The name Developing K.I.D.S is more than just a title, it is the core of the organization.

“That is what we do,” Johnson said. “We help develop kids.”

A Message from Board Chair, James Nicholson, on the Retirement of Mariam Noland

Harmony Rhodes: How I Became an Advocate for Youth Leadership and Philanthropy