The Detroit Neighborhood Fund’s goal was to build stronger, healthier neighborhoods in Detroit’s near-east side by convening community leadership and improving the engagement, empowerment and capacity-building of the residents and organizations in the target communities.

The Detroit Neighborhood Fund was managed as a partnership among the three sponsoring foundations, with Community Foundation for Southeast Michigan Trustees and program staff of the W.K. Kellogg Foundation and Ford Foundation serving as advisors. All program and financial decisions — including strategy development, grant making and program recommendation were reviewed and approved by advisors to the fund. Between the launch of the Neighborhood Fund in 2007 and its conclusion in December 2012, 53 grants, totaling $13,588,080 were made. Additional investments of $1.4 million supported data-gathering and analysis, national consultants and community engagement. Conservative estimates indicate these investments attracted more than $85 million in additional public and private suport in the near-east side neighborhoods.

To learn more about the impact of investments on neighborhood anchors, download the Detroit Neighborhood Fund – Supported Anchor Projects report below.

The Detroit Neighborhood Fund contributed $13,588,080 across 53 grants from 2006-2012. To view a full list of the programs that received grants from the fund, download the grant listings below.

Give a little, give a legacy.

From piggy banks to high net worth funds & foundations the Community Foundation for Southeast Michigan has been helping donors make the most of their charitable contributions and fulfill their philanthropic goals for more than 30 years.

Find Your Best Way to Give 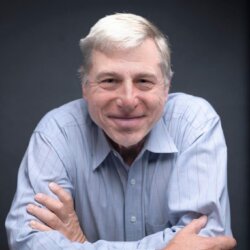