September 7th, 2016 Back to Browse Stories 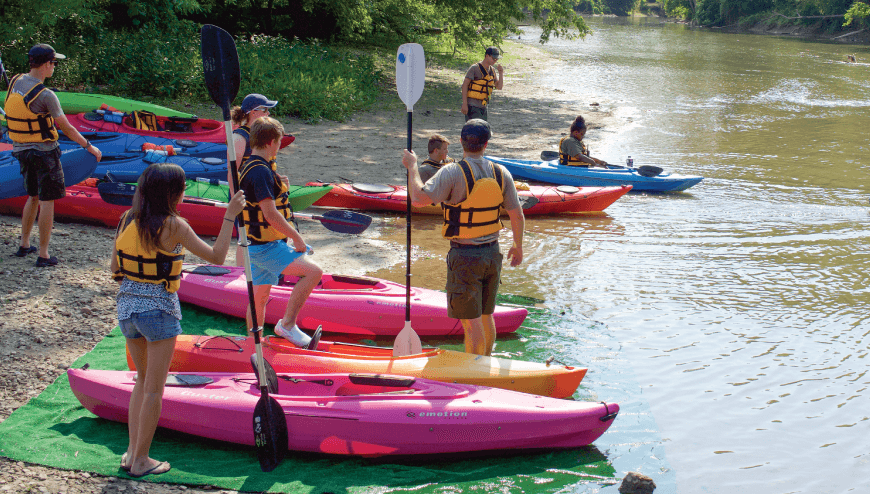 The public spaces in our communities say a lot about our values and priorities. Well-conceived public spaces provide a sense of culture and place. They inspire us, bring us together and even have the potential to strengthen bonds across barriers such as race, income, religion and other differences that sometimes divide us in our private lives and pursuits.

At the Community Foundation for Southeast Michigan, we invest in outdoor public spaces throughout the seven counties of southeast Michigan because they add so much to the quality of life in our region. In addition to intangible qualities like connectedness and sense of place, they boost property values, improve the environment and help us stay healthy by providing places to bike, walk and experience the restorative benefits of nature. The stories that follow touch upon just a few of the diverse assortment of outdoor places that have been created, improved or sustained with grants from the Community Foundation. We hope you will get out and explore some of these parks and trails in the coming months, or enjoy time with family and friends at your own particular favorites in our region.

The park is at the site of the great Frenchtown Battle on the River Raisin, where Tecumseh’s native American confederation triumphed over the U.S. forces. That battle galvanized the young United States, and at the Battle of the Thames the battle cry “Remember the Raisin,” changed the course of the war. 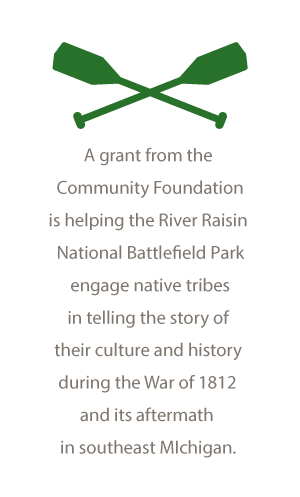 It also shaped U.S. policy toward tribal nations in often tragic ways, setting the stage for the Indian Removal Act of 1842 and moving the tribes to Kansas, including the powerful Potawatomi and Wyandotte nations. This forced migration was popularly referred to as the Trail of Tears, both for the wrenching loss of homeland and the many who died along the way.

An $84,400 grant from the Community Foundation is helping the park tell this complex story from the many perspectives of real people in our region. American settlers, American military leaders and troops, British soldiers, native tribes, freed slaves — all had life-and-death decisions to make among divided loyalties and unforeseen risks.

The grant has supported outreach to local Native American communities to engage them in creating curriculum and teaching materials that reflect the authentic voice and cultures of their ancestors. Park historians, local teachers, and native leaders have developed close relationships and a true partnership in pursuit of a more nuanced and complete understanding of those troubled times.

A distance learning component to the curriculum is connecting Wyandotte youth in Oklahoma with young people here in their ancestral land. An unexpected bonus of the work has been closer ties among the four branches of the Wyandotte, including those in Quebec and Kansas.

The Battlefield Park has become a gathering place for the Wyandotte, according to Grand Chief Ted Roll of the Anderdon nation of Wyandotte in Monroe. “We hosted a reunion of the four chiefs and a youth exchange,” he said. “People have a desire to learn about their roots and see and experience the places where their ancestors walked.”

The Wyandotte Nation of Oklahoma purchased ancestral land near Gibraltar, Michigan, which includes ancient burial grounds. The Wyandotte of Anderdon Nation is working on a masterplan for the site, which will include teaching and recreational facilities and places to hold ceremonies.

According to Roll, this is all directly related to the curriculum project. “In the process of teaching our history to others,” he remarked, “we are growing and learning about ourselves as a community today.” 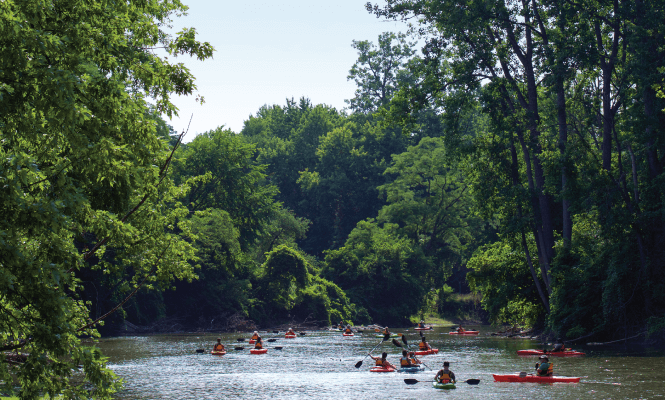 Companions on the Road to Recovery: The Role of Peer Coaches