September 9th, 2021 Back to Browse Stories 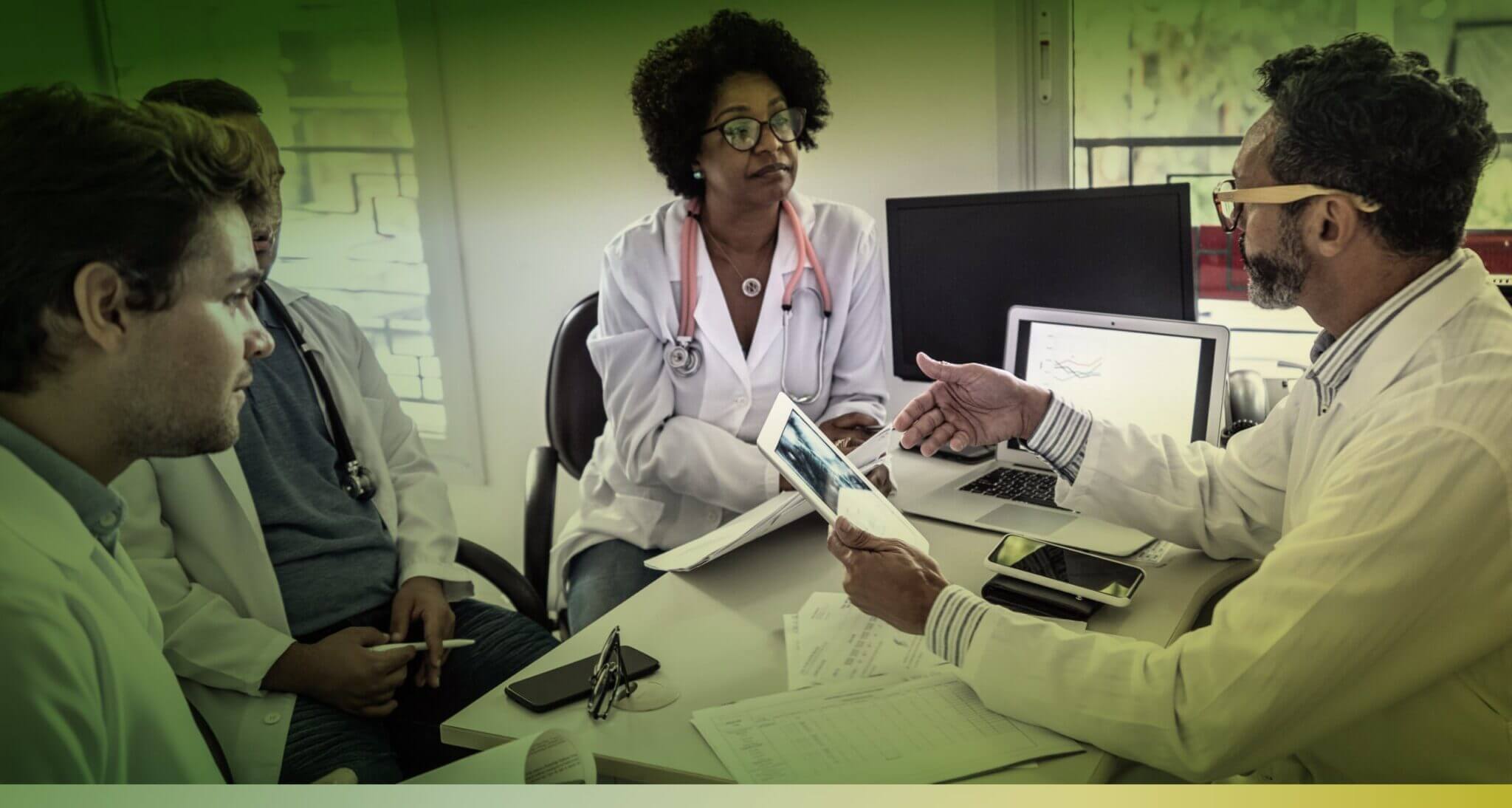 The Centers for Disease Control, World Health Organization, and National Institute on Drug Abuse are among the agencies that confirm medication for opioid use disorder (MOUD) combined with behavioral therapies is the gold standard for resolving opioid use disorder. Despite the evidence supporting the efficacy of this treatment approach, false and conflicting messages about MOUD persist.

As a result, health providers and people seeking assistance for themselves or a family member can find it challenging to make clear decisions. Understanding how opioids affect brain chemistry and the benefits of MOUD can help separate fact from fiction. This article explores common myths held by health care providers and patients, demystifying them to reveal the truth about opioid use disorder and the medications available to treat it.

Myth: Using medications to treat opioid use disorder (OUD) is trading one addiction for another.

Fact: Medications used to treat OUD are longer-acting, safer drugs that allow individuals to wean themselves off short-acting, dangerous substances such as heroin and fentanyl. 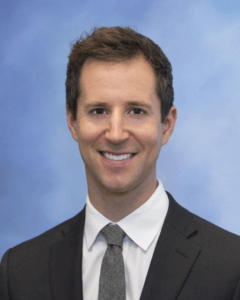 It is true that methadone and buprenorphine, the drugs most used to treat OUD, are opioid-based, class three medications that result in physical dependence. Dr. Nick Rademacher, an emergency room doctor at Mercy Health St. Mary’s Hospital in Grand Rapids and advisor on the Michigan Opioid Partnership, says, “Health care providers are concerned that they’re prescribing something that patients are just going to abuse or sell like they’ve traditionally done with other opioids.”

He points out that MOUD is fundamentally different from heroin and prescription painkillers, however, in that they do not create overwhelming feelings of euphoria that contribute to uncontrollable cravings.

“Buprenorphine is the primary medication for opiate use disorder. It is a long-acting treatment that doesn’t activate the brain receptor in the same way as drugs that lead to the harmful effects of addiction.” MOUD lessens patients’ desire for other drugs’ immediate and short-term impact, enabling them to participate in behavioral interventions that lead to recovery and improved health. 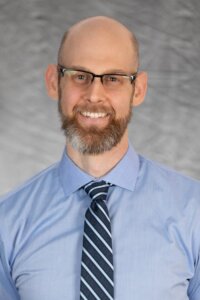 Dr. Andrew King, an emergency room physician at Detroit Medical Center who also advises on the Michigan Opioid Partnership, affirms addiction trading as a common myth of MOUD. He reminds health care providers and patients that buprenorphine and methadone are proven addiction treatments and asks them to focus less on the dependency factor.

“Use of drugs like prescription painkillers, heroin, and other highly addictive substances puts people at risk for infectious diseases such as HIV and hepatitis, erodes their interpersonal relationships, and gets in the way of their ability to fulfill major life and family obligations. MOUD helps to end the use cycle, allowing patients to focus on other human being-oriented activities that really we’re here on this earth to do.”

Myth: If a person cannot stop using independently, they are weak and medications will not help them.

Fact: Genetics and environment are determinants of addiction that are difficult to control.

Opioid use disorder is when a person continues to take addictive substances despite adverse consequences or the desire to stop. People suffering from this malady, their families, and communities often view their inability to quit as a moral failing or lack of willpower. In truth, it is much more complicated. Since 1987, the American Medical Association (AMA) has defined addiction to drugs as a disease that impacts the brain’s reward system, which releases dopamine during pleasurable experiences. Over time, it causes lasting changes to the brain chemistry, and drugs become necessary to feel normal. Genetics make some people more likely to develop OUD than others, and ideally, these individuals should never be exposed to drugs or alcohol. Those genetically predisposed may not necessarily know that they are, however, and find themselves in an environment that triggers the disease.

“People who use drugs regularly experience significant biochemical incentives that make it hard for them to stop,” says Dr. Rademacher. “When they try, they have uncontrollable cravings or painful withdrawal. It’s not a series of high-level decisions that make them continue using—it’s their brain telling them to do so.”

Dr. King points to a related myth, which promotes OUD as being intractable. “OUD is like asthma, hypertension, or any other chronic medical condition controllable with medication, and we have to start treating it like that. The stigma associated with drug use prevents us from seeing it that way.” He uses the term “therapeutic nihilism” when referring to health care providers’ belief that OUD is not treatable, and people cannot get better. “To prevent a heart attack or stroke among hypertensive patients, you’d have to treat about 100 people. After treating just two OUD patients with buprenorphine, you’ll start seeing people enter the recovery phase. It’s hard to overlook those types of outcomes.”

Myth: MOUD is a short-term treatment approach and can be terminated after a few weeks.

Fact: OUD is a chronic disease like diabetes and high blood pressure that may require long-term use of medication.

Even those who do not subscribe to other myths about buprenorphine, methadone, or OUD think they or their family members will only need the medications long enough to stop using opioids and feel fewer cravings. This is not the case. OUD is a chronic medical condition similar to hypertension and diabetes and, like those diseases, requires ongoing use of prescribed medications to yield the highest success rates. Additionally, to-date, no evidence exists to support stopping the use of the medications. Dr. Rademacher says one of the risks of short-term use is returning to patterns of opioid abuse. “We know that once a person has stopped using and then returns, they are six times more likely to overdose. It can be very dangerous to discontinue MOUD, and we have to think of this as a long-term if not lifetime treatment plan.”

Using medication to treat opioid use disorder is an ongoing conversation riddled with misinformation and misconceptions. Now that some of the predominant myths have been explored, the focus can shift to the danger these fallacies pose to those delivering and seeking treatment.

Dr. Rademacher and Dr. King agree that patients are at greater risk of opioid overdose and death when they, their families, and health care providers choose a treatment plan that excludes medication.

“Perpetuating the message that people with OUD are weak or insufficient wears on them, causing them to stop taking their medication and putting them at risk of overdosing. We don’t do that to those with diabetes or high blood pressure,” says Dr. King.

The doctors also highlight the danger associated with physicians’ hesitancy to prescribe medication, thereby depriving patients of MOUD’s survival benefits. Dr. Rademacher cites statistics published in 2020 by the Society for the Study of Addiction. Based on their findings, he says, “We know using MOUD decreases OUD sufferers’ chance of death by 82 percent. I think that far outweighs any risks associated with taking the medications.”

Extolling the virtues of the science-based evidence behind MOUD, education and outreach are among the tools used to dispel misinformation and build the community of patients and health care providers knowledgeable about the benefits of medication in the treatment of substance abuse.

“Having calm but challenging discussions with people about their flawed concepts and putting a human face on OUD are essential,” says Dr. King. “We have to avoid stigmatizing and using punitive language that inspires shame and hopelessness—definitely among patients, but also among health care providers, many of whom often feel powerless to treat this pervasive illness. We all have things we struggle with, and we need to be more sensitive to one another.”

“Some physicians don’t understand the full scope of use as it relates to buprenorphine, and it can be intimidating. I emphasize the importance of working collaboratively with other health care professionals and specialists in their departments to help broaden their thinking about the various ways it can be implemented to improve the patient’s life,” Dr. Rademacher says.

The doctors admit the culture shifts necessary to bring their colleagues fully onboard are slow.

“We need to cultivate empathy and sympathy for people dealing with opioid use disorder,” says Dr. King. “It’s often a very complex set of issues that landed them where they are. Taking the time to understand the patients’ needs and make sure health care staff are empowered to help them are critical to success.”

Editor’s Note: If you or someone you know is struggling with opioid use disorder, visit Michigan.gov/opioids.

Learn more about the MOUD and the Michigan Opioid Partnership