MDHHS has announced that Emergency-based Medication for Opioid Use Disorder Bills have been introduced to the Michigan Legislature (SB 579 and HB 5163). The Community Foundation of Southeast Michigan is excited to be partnering on this opportunity for hospitals.
Sign Up for Updates!

A public-private collaborative including the state of Michigan and key nonprofit funders, the Michigan Opioid Partnership’s mission is to decrease Michigan opioid overdoses and deaths through prevention, treatment, harm reduction and sustained recovery.

Over the past decade, opioid use disorder (OUD) rates have risen to unprecedented levels, both in Michigan and across the country. The epidemic is impacting individuals with OUD, families, friends, and communities. It is also exacerbating health disparities and inequity.

In response to the growing crisis, the Michigan Opioid Partnership (MOP) was formed in 2017. The MOP is a public-private collaborative that includes the Michigan Department of Health and Human Services and other key funders (listed at right) who share the goal of decreasing the growing number of opioid overdoses and deaths.

The MOP aims to increase access to treatment for individuals with OUD, which requires a multi-dimensional approach. The partnership helps hospitals and jails refine the process of identifying people with OUD during hospital visits and at jail intake and encourages them to initiate treatment via medication for opioid use disorder (MOUD). The partnership also supports harm reduction efforts and advocates for cultural change to help individuals with OUD gain access to treatment. To date, funding has supported Michigan hospital systems, jails, community foundations, and local non-profits to pilot projects to combat the opioid crisis through prevention, treatment, harm reduction, and sustained recovery. As a result, people across the state of Michigan are beginning to receive increased access to lifesaving, evidence-based treatment and care.

Hospitals are a critical access point to reach and treat those with OUD. Individuals may present to their local emergency department (ED) due to complications of opioid use, including overdose and infection. Thus, it is crucial that hospitals have an MOUD program and appropriate protocols established to capture and initiate individuals into treatment.

In 2018, two hospitals received the first funds for pilot projects that utilized MOUD in partnership with outpatient treatment providers. Since then, the MOP has supported more than seventeen hospitals across the state as they implement ED MOUD projects and establish partnerships with community providers. The MOP has expanded its work to focus on the disparities that exist around barriers to treatment and to address the increasing overdose mortality rates in some of the hardest hit counties in the state, including Wayne and Genesee.

Jails are another critical access point to reach and treat those with OUD. Individuals who use drugs often end up interacting with the criminal justice system. The MOP is funding organizations working in Michigan’s correctional system to expand access to MOUD and enhance identification of substance use disorders at jail intake.

Wayne State University’s Center for Behavioral Health and Justice (CBHJ) is partnering with the MOP to coordinate the effort, partner with county jails, and work with outpatient providers to serve individuals with OUD. They utilize a multi-pronged approach to seal the gaps in care available to the target population from the day of incarceration to beyond the day of release.

As the opioid crisis continues to affect communities large and small throughout the state, the MOP is dedicated to reducing overdose deaths, combating the stigma surrounding opioid use disorder, and increasing access to evidence-based treatment.

Opioid use can result in fatal overdoses, and Michigan has among the highest opioid overdose fatality rates in the nation. Intravenous drug use can also lead to disease transmission, including HIV and Hepatitis C infections. Efforts, such as Naloxone distribution and syringe exchange programs, can help reduce harmful effects of drug use.

Vital Strategies’ Overdose Prevention Program has partnered with CFSEM and the Council of Michigan Foundations (CMF) to form the Michigan Harm Reduction Project. This project funds local groups expanding harm reduction services in their jurisdictions to reduce overdose deaths. In 2020, the MOP made grants to ten Michigan-based community foundations committed to caring for the health and wellbeing of people who use drugs.

Research shows that in the 24 to 72 hours after a nonfatal overdose, there is a critical window of opportunity to engage people who use drugs and connect them with resources to prevent a repeated overdose.

In 2021, seven nonprofit organizations across the state were awarded grants to provide outreach for individuals who have recently survived a drug overdose, connect them with resources, and prevent future overdose mortality – all within this three day window.

If you or someone you know is struggling with opioid use disorder, visit Michigan.gov/opioids. 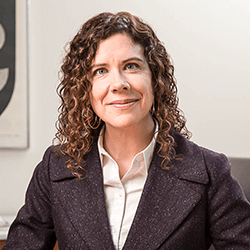