Championing Medication for Opioid Use Disorder with a Large Hospital System 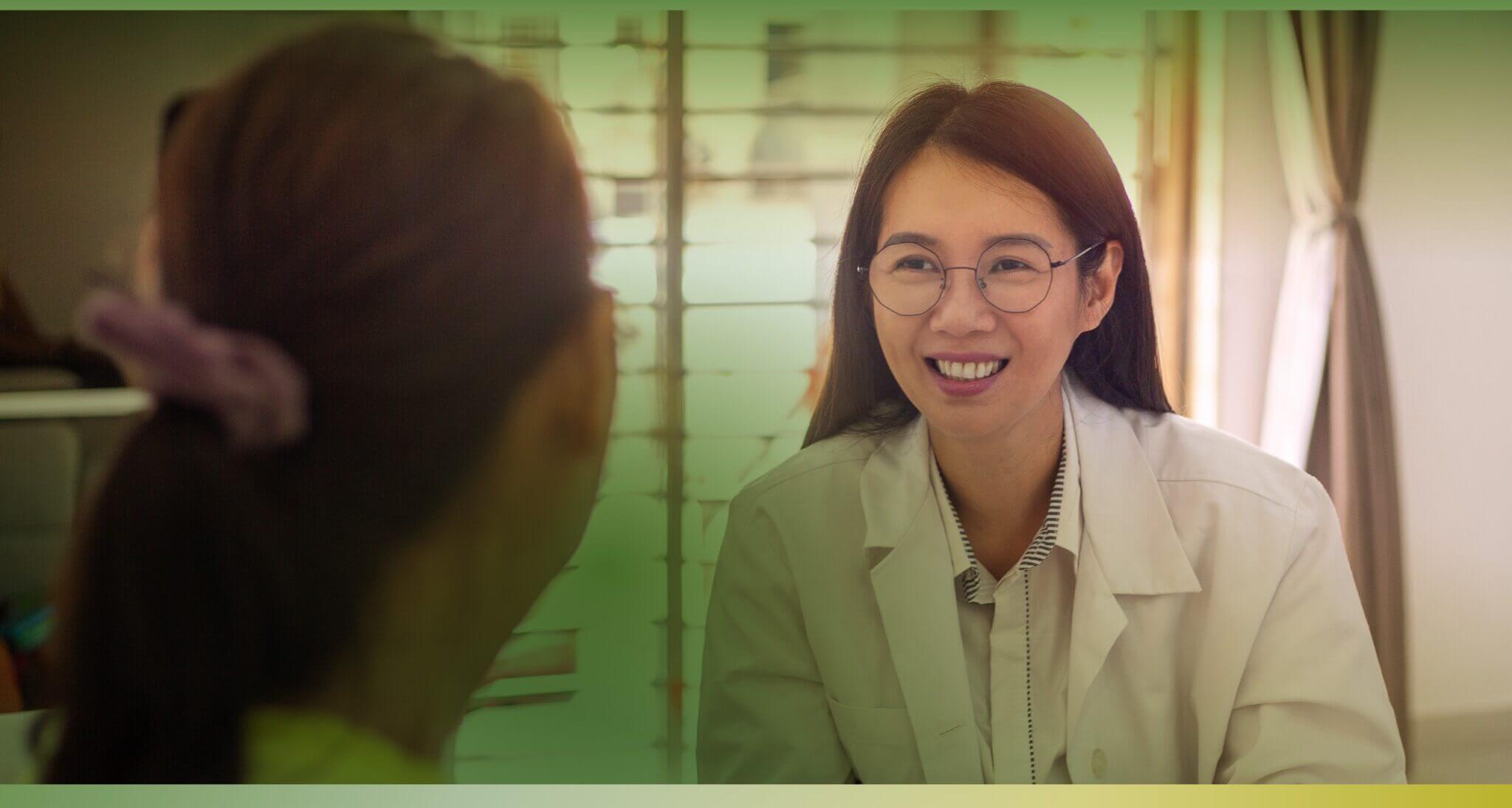 Closing the Gaps in Care for Those with Opioid Use Disorder at Ascension St. John’s Detroit Campus 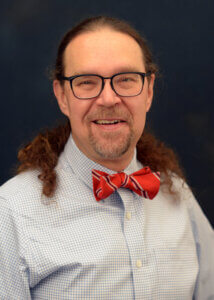 “One of the tasks in my EMS role is to conduct community-based training on how to prevent opioid overdoses,” says Dr. Dunne. This experience revealed how difficult it is for people with opioid use disorder (OUD) to access resources. “They could call an 800 number, but it might take forever to get a response, which isn’t helpful to people at risk of or actively in overdose,” he continues.

It also heightened his awareness of the inconsistent treatment OUD patients received upon coming to St. John’s emergency department. “We’d save their lives and discharge them with no follow-up plan. We were seeing the same patients repeatedly for the same problem,” Dr. Dunne recounts. Yet, he knew from his work as EMS director that resources were available.

While attending a Society for Emergency Medicine keynote presentation, he also learned that hospitals both within and without the Ascension network had identified effective strategies for delivering better outcomes to OUD patients. “I met doctors, including a local physician at Detroit Medical Center, who had put medication treatment programs in place that were affecting change at the community level,” Dr. Dunne says.

Inspired by the opportunity to mitigate an ongoing and growing need among St. John’s patient population, Dr. Dunne and his colleagues successfully pursued a grant from the Community Foundation for Southeast Michigan to launch a medication for opioid use disorder (MOUD) initiative. One of the first steps was to hire Marjorie Hagan, a physician’s assistant, as program manager.

“Having a dedicated person was a huge step forward,” says Dr. Robert Dunne, vice chair of emergency medicine at Ascension St. John. “Every new effort needs a champion who has protected time to give to the project. You can’t depend only on people’s spare time.”

Hagan agreed with Dr. Dunne’s assessment of the gaps in St. John’s options for OUD sufferers. “We were seeing a lot of patients, but didn’t have the systems in place to do a warm handoff. We gave them discharge papers with information about resources, but many patients tossed them on their way out the door.”

Described as an immediate patient transfer from one provider or program to another, warm handoffs contribute to the continuity of care by scheduling follow-up appointments and eliminating barriers like transportation.

Another gap Hagan noticed was the lack of processes for properly screening patients for OUD and tracking them once they leave the emergency department. “We need to make IT enhancements, and that can be challenging to implement in a large system,” said Dr. Dunne. Beyond technology, St. John’s staff was not consistently capturing patient information. “We don’t have phone numbers for many of the patients I want to track. Following up to make sure people have the connections they need is really, really important,” emphasizes Hagan.

While St. John continues to work on its screening and tracking protocols, it has developed or identified other tools to increase service to OUD patients. It uses algorithms and Clinical Opiate Withdrawal Scores (COWS) to guide providers on appropriate dosing for patients eligible for and interested in beginning buprenorphine while in the emergency department. The hospital now also has Narcan kits that it sends home with patients in the event of an overdose.

Ongoing treatment and support are foremost for complete recovery from opioid use disorder. As a result, much of Hagan’s time is spent building partnerships with resources that patients can connect to beyond the emergency department.

“I work closely with our peer recovery coaches to develop relationships with community programs in Wayne and Macomb counties. It’s been tougher in Oakland County, but we’re making progress,” she says. The coaches also help with tracking. “Even if a patient isn’t interested in care, the coaches are collecting their contact information so that I can follow up with them later.”

Team Wellness, which enhances the well-being of individuals by providing an array of comprehensive behavioral and physical health services, is one of St. John’s leading partners. “They are a primary warm handoff resource because they have a medication treatment clinic. We can often place patients on short notice, and if we don’t have a peer recovery coach available, they step in,” says Hagan. “We’ve also sent patients to Popoff Family Health Center in Detroit and Sterling Medical Center in Sterling Heights. Both distribute MOUD and have other services our patients need like primary care.”

Hagan continues developing relationships with other local resources, including Neighborhood Services Organizations, Covenant Healthcare, and Detroit Recovery Program. “We want to set up a network deep enough to accommodate our patients’ treatment needs and provide peer coaches when we don’t have access to them, which is typically outside of the hours of 9 a.m. to 9 p.m.” Hagan explains.

As necessary to community connections are internal relationships with like-minded providers. “The other side of being part of a big system is that other people are probably working on the same issues you are,” Dr. Dunne says. He highlights a discussion he and Hagan had with a family medicine doctor specializing in addiction medicine who champions opioid and other substance use disorder treatments. “He works with inpatients, but he’s supportive of everything we’re doing in the emergency department. He’s been working on some of the technology barriers we’ve encountered and has relationships with people at the state and national level that we don’t,” Dr. Dunne says.

By making a presentation to the hospital’s pain management and pharmacy departments, Dr. Dunne has seen a lot of progress toward having buprenorphine, Suboxone, and other medications used to treat OUD more readily available to emergency department doctors. “The drugs aren’t in the automated medication dispensing system, and it was taking 90 minutes to get them on the floor. A patient in active withdrawal isn’t going to wait. They’ll leave to find a fix, and the pharmacy finally got it.” says Hagan.

Stigma: A Common Barrier to Success

While the St. John’s MOUD program leaders address many of the hindrances to launching a new program in a large health system, they point to the need for cultural shifts within the hospital’s environment to achieve optimal success.

“Even these days, we are still seeing a lot of blaming the victim attitudes, which is frustrating and makes things difficult,” Dr. Dunne shares about the stigmatization that permeates health care organizations. “I think stigma is at the foundation of some of the logistical challenges we’ve had, especially around technology,” he says.

Hagan agrees. “We need to have a screening process that asks everyone the same questions. It would minimize stereotypes and bias,” she says.

Hagan and Dr. Dunne recall being surprised by the number of people aged 50 and over with OUD. “The face of opioid use disorder runs the entire spectrum,” Dr. Dunne emphasizes. “A solid assessment tool would help us teach that to people and more accurately define the population needing these services.”

He says that stigma is also the basis for staffing decisions as they relate to the program. “We needed a program manager position like Marjorie’s to get us to commit to solving the problems related to treating OUD patients. Without her, the program would wither because some doctors still don’t see this as a disease.” Dr. Dunne shares.

Education is the key to overcoming the thinking that opioid use disorder is a mark of shame on the people dealing with the condition. Dr. Dunne speaks at nursing conferences, where he presents about reducing stigma and focusing on harm reduction as an effective treatment for OUD. Hagan coordinates staff training to educate them about the hospital’s MOUD program, using a research-based curriculum that is influenced by materials from several reputable sources. “The incentives like CME (continuing medical education) credits to take anti-stigma training are helping us to make progress on this front,” she says.

The fact that so many people are impacted by opioid use is another reality helping to break down stigma. “We would love to say that our training is changing people’s perception about who suffers from OUD, but it’s more likely society,” says Dr. Dunne. “Unfortunately, everybody knows someone who had a significant opioid use disorder problem, and everybody knows someone who’s got other substance use disorder problems.”

“Getting people into treatment is one of the few ways to decrease the death rate from an overdose,” Dr. Dunne points out. Financial savings for the hospital occur when doctors can manage patients’ withdrawal early on, get them into treatment, and avoid care delays. “OUD patients end up with many emergency department visits. Reducing admissions, particularly for those that have severe withdrawal because they’re not being managed appropriately in the emergency department and can’t go home, is beneficial to the patient and hospital.”

The medication for opioid use disorder program’s fit within Ascension’s mission is another benefit. Improving care to populations the organization serves throughout the country is a strategic goal. The hospital is interacting with regional and state leaders on this topic and recognizes how its work can be influential on a national level.

Dr. Dunne and Hagan agree that hospitals interested in launching MOUD programs should find examples of initiatives that will work in their setting.

“We didn’t need to reinvent the wheel,”says Dr. Robert Dunne, vice chair of emergency medicine at Ascension St. John. “We found good examples of programs working in other urban areas like ours. A lot of the resources we got from those systems were really useful. They had materials about educating providers and developing dosing algorithms that helped us accelerate our program.”

Dr. Dunne and Hagan emphasize relationship-building with local and national resources as a key to success. “One of the ways to get buy-in from your health system or hospital is being able to point to something that is working in an environment that looks a lot like yours. Networking is the first step to creating programs like these,” Dr. Dunne reiterates.

Spreading the Benefits of MOUD Treatment in Rural Michigan

Doing Better for Patients with Opioid Use Disorder