Spreading the Benefits of MOUD Treatment in Rural Michigan 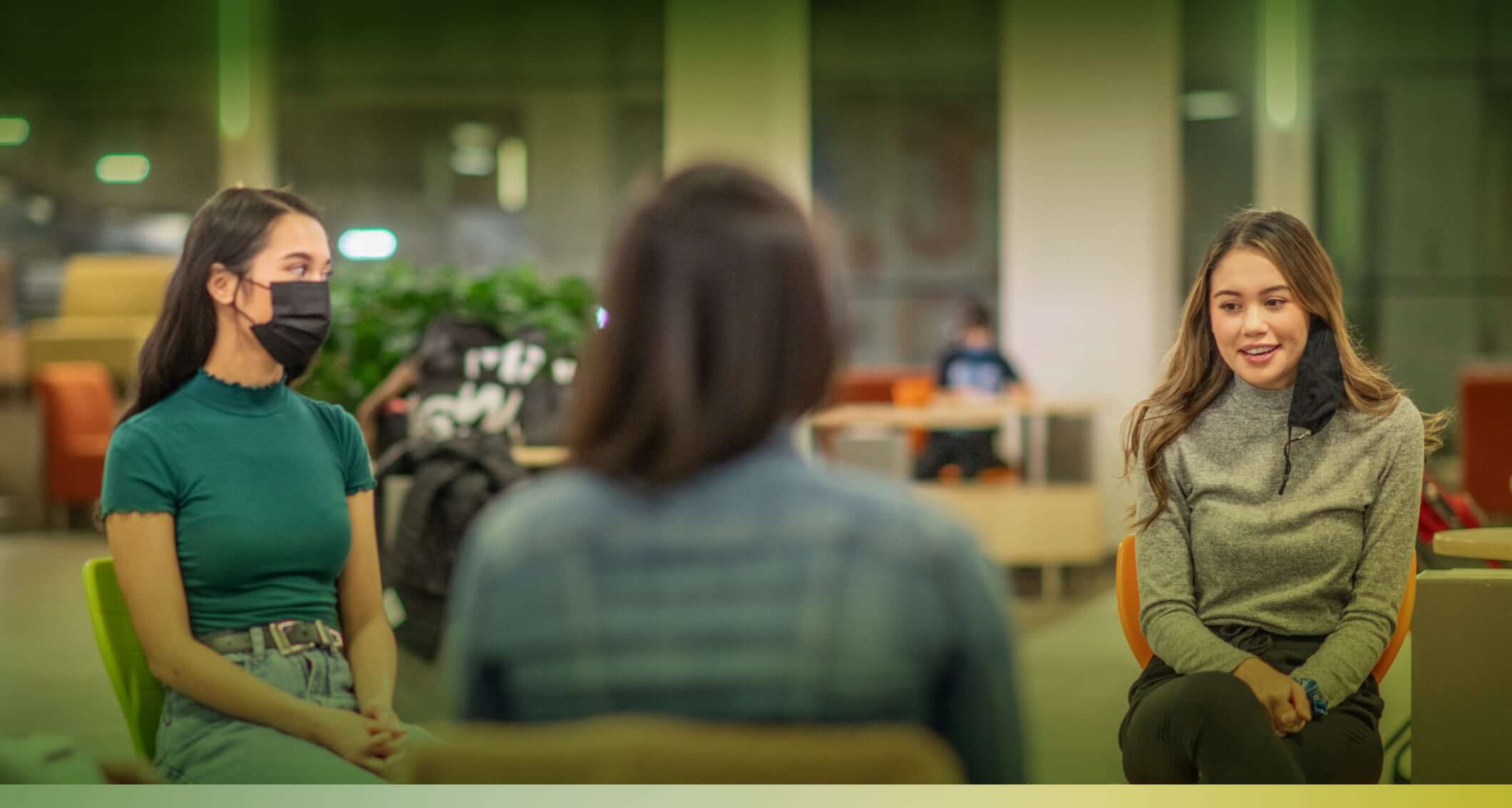 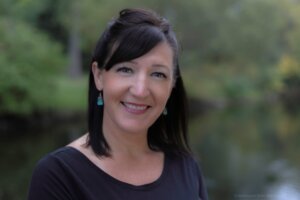 Christina Eickenroth and Rachel Lownds’ work on Munson Medical Center’s medication for opioid use disorder (MOUD) program is personal. Both lost brothers to the epidemic and sought chances to help those in the throes of this seemingly intractable condition.

In 2019, Munson Medical Center received a grant through the Michigan Opioid Partnership, a public-private collaborative facilitated by the Community Foundation for Southeast Michigan that includes the state of Michigan and key philanthropic organizations aligned around decreasing opioid deaths. 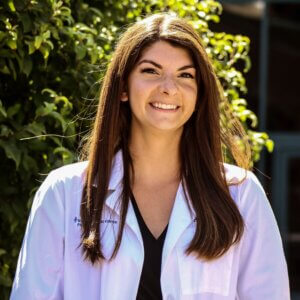 “We realized that by having champions from the nursing, pharmacy, and physician staff, we could get more done than working in silos,”says Rachel Lownds, clinical pharmacist at Munson Medical Center

Two dominant factors influenced Munson’s  decision to apply for funding. First, except for a slight dip in 2014, opioid overdose deaths in Grand Traverse County nearly tripled from 2005 to 2018. Second, according to the Community Health Needs Assessment for the northern region, the area Munson serves, substance use disorder, treatment, and recovery are among the leading health priorities.

“A significant part of our service territory is rural,” says Lownds. “Drug use is rampant, and those areas have few resources. Munson owns most of the hospitals in Northern Michigan, so we can act as a hub, slowly spreading the benefits of MOUD throughout this part of the state.”

Collaboration in Implementing Medication for Opioid Use Disorder

Munson’s MOUD initiative is designed to improve attendance in its substance use disorder treatment programs, reduce medical complications caused by viral hepatitis and HIV, strengthen collaboration with healthcare providers in the community, and decrease OUD stigma. It uses a collaborative approach, engaging the hospital’s social workers, pharmacists, and emergency department. The center also works with a variety of community partners skilled in supporting OUD sufferers.

“Our first program goal was to connect patients with an on-demand service,” says Eickenroth. Before implementing the program, Munson had very little to offer patients coming to the emergency department with complications from drug use, like an injection site infection, or after an overdose. People with OUD are unlikely to follow up with recommended treatment options upon leaving the hospital. Simply giving them a list of resources was not meeting their needs.

“The grant allowed us to create Christina’s role as a clinical coordinator, and she bridges the gap between people’s inpatient and outpatient experiences,” Lownds explains.

Once identified as having OUD, Eickenroth works with an emergency department doctor to get the patient started on buprenorphine while they are in the hospital. Buprenorphine minimizes cravings for harmful opioids and gives those with the disease a fighting chance at recovery. Eickenroth also connects them to an outpatient provider.

“Our goal is to have them leave with a script for the medication in their hand and to have them follow-up within three days with someone who can prescribe it to them on an ongoing basis,” says Lownds. “We’ve done pretty darn good at meeting that goal.”

Eickenroth links OUD patients with peer coaches who support them during and after their hospital stay. “The coaches are in recovery themselves and can connect with the patients around a shared experience. They are great advocates and even talk with the family, so they know what to expect as their loved one heals,” Lownds continues. Eickenroth and the coaches are supported by social workers, who help to identify patients who would be good candidates for the program and remove barriers to participation.

Munson also implemented a naloxone take-home initiative. Commonly known as Narcan, naloxone rapidly reverses an opioid overdose. This component of the center’s program was championed by one of the leaders of its emergency department. Eickenroth and Lownds agree that having someone “higher up” telling doctors about the drug’s benefits and sharing patients’ positive experiences was critical to reinforcing the need for the service. Training providers and nurses about naloxone falls to the pharmacy, another major player in Munson’s program.

Ensuring patient success once they leave the hospital hinges on having external champions. “Munson owns clinics throughout the service area, so we asked them to provide buprenorphine for opioid use disorder, and thus far, it’s worked out great,” says Eickenroth. “We’ve had a lot of support from non-affiliated facilities, which is also important.” Addiction Treatment Services, Northwest Michigan Health Services, and Grand Traverse Women’s Clinic are some of Munson’s community partners.

By 2020, the center had nine emergency room physicians certified as buprenorphine-waivered practitioners, two full-time recovery coaches, and 21 patients linked to treatment. “Our numbers are not big, but we do have a percentage of patients that have remained in treatment since the onset of the program,” affirms Eickenroth. “We have had some impressive patient success stories.”

Homeless with a long use history, D.B. was admitted because of a polysubstance overdose. On the second day of D.B.’s hospitalization, the patient received naloxone and an educational session from Lownds followed up by a visit from a recovery coach. After expressing an interest in treatment, D.B. was seen by family practice, dosed with buprenorphine, and given a bridge script to tide them over until their outpatient appointment. D.B. is still in treatment.

A.M. was admitted with a spinal abscess and MRSA blood infection. They were recently released from jail and terrified they would use again once discharged. During the six weeks A.M. spent in the hospital, they tapered off opioid pain medications, received Narcan education from Lownds, and met with a recovery coach. Though motivated to end their drug dependency, A.M. struggled with recurrent infections and COVID restrictions that prevented visits from their daughter. They considered leaving against medical advice until the coach convinced them otherwise. In the final days at the hospital, A.M. received buprenorphine and met with family practice. In the six months following their discharge, they experienced a relapse but reconnected to treatment and are on the road to recovery.

Munson anticipates seeing cost savings resulting from shorter lengths of stay among patients with complications related to drug use. According to Eickenroth, “From 2019 to 2020, we had a reduction in the length of stay for patients who have IV drug use history. We expect this program will lead to fewer visits or prevent patients from escalating to where they need to be hospitalized. We hope over time to show lower costs, but right now we don’t have comparison numbers.”

To implement an effective and robust MOUD program for people with opioid use disorder, hospitals, and healthcare providers may have to make cultural changes that are challenging to embrace. Program advocates can find themselves face-to-face with colleagues who subscribe to the same myths as the public regarding the character of OUD sufferers and the benefits of medication. “Providers and nurses have a lot of judgment. Their mindset about addiction sometimes makes them hostile to even mentioning medication as a treatment option,” says Eickenroth.

“We’ve had what we call stigma talks to help providers understand OUD is no different from hypertension or diabetes,” says Lownds. “The frustration they feel about the patient’s unwillingness to make change is very similar. They regularly encounter people with chronic conditions who don’t take their meds or change their habits,” she emphasizes. “They still get treatment when they show up in the emergency room.”

Munson learned proponents must be steadfast in their commitment to improve patient care and become well acquainted with the irrefutable data documenting the cost savings and recovery rates associated with MOUD. “As providers see positive experiences with Narcan, they become fully supportive, and it’s an amazing shift. Sometimes we can’t appeal to their hearts regarding the humanity of OUD patients, but the effectiveness of MOUD speaks to their minds,” says Lownds.

When asked about guidance for other hospitals seeking to implement an MOUD program, Eickenroth and Lownds advise identifying champions in critical departments such as emergency medicine, nursing, and pharmacy. Community partners are critical too because without them patients will have fewer options for ongoing treatment.

“I think reaching out to mentors like us is also essential to success,” says Lownds. “We are always available to chat about what can happen when people who care about the patient population come together.”

Eickenroth adds that having people who understand how the hospital works can also be valuable. “Rachel and I could develop a process that would be effective for the emergency department or staff working on the inpatient floor and iron out some of the kinks before presenting it to colleagues.”

Systems with limited capacity should also consider implementing their program in phases. “Beginning with a harm reduction piece like Narcan is easy,” says Lownds, “and it’s huge for the community and the patient. It builds trust, and it’s a nice service that a hospital can provide.”