The Dequindre Cut: An Homage to the Past and a Symbol of Detroit’s Future 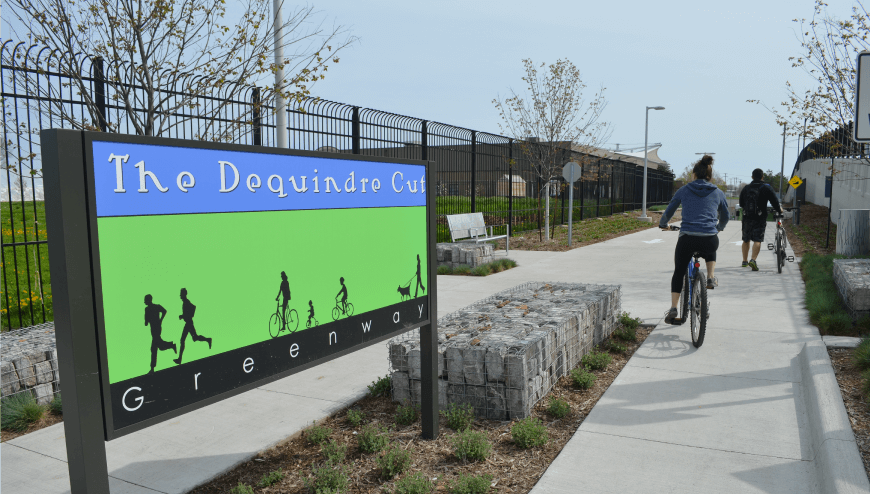 (This piece was originally published in the Detroit Free Press May 1, 2016. Posted here with permission.)

A decade ago, a railroad under Lafayette and Jefferson roads, just west of downtown Detroit, sat abandoned and overgrown.

Today, it is the Dequindre Cut, which this weekend, celebrated its final extension, making it a seamless walking and biking path that stretches from the riverfront to Eastern Market. 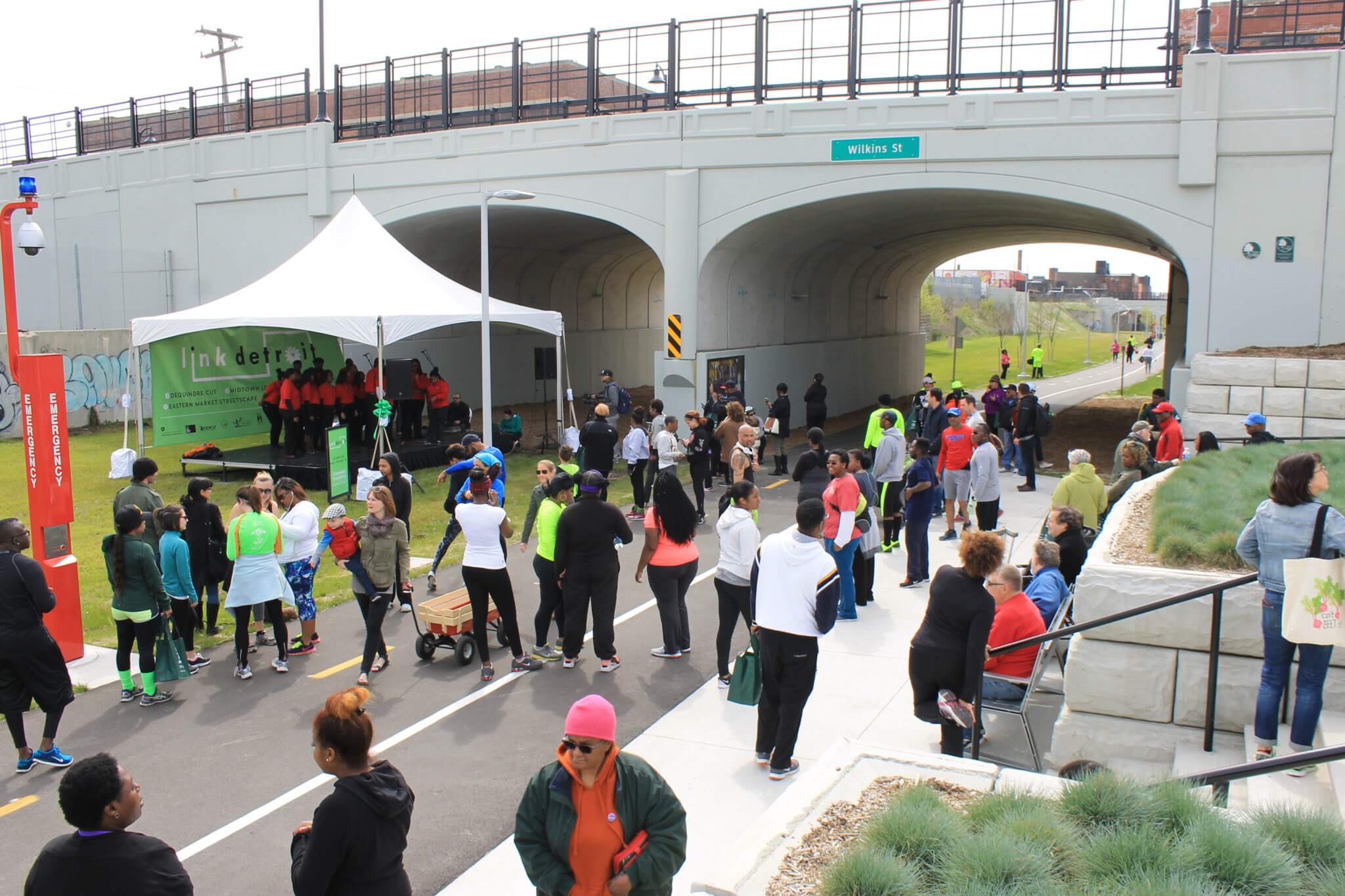 The Cut is among the most transformative pathway projects in the country and is part of the plan for a 26-mile Inner Circle Greenway, which will encircle the city, connecting neighborhoods and their residents to the most treasured of our community assets.

It’s important to take a moment to celebrate what our community can accomplish with time, resources and a shared vision. It’s inspiring how well established the Dequindre Cut has become just seven short years since the initial leg opened. For those living immediately adjacent to it, visiting it has become a daily ritual. The late developer and urbanist Tony Goldman described it as “one of the most important infrastructure projects in the country.”

The land we now know as the Dequindre Cut had served as the passageway for freight trains to bring raw materials into the city, supporting the stove industry, food at the Eastern Market, pharmaceuticals and other industries on or near the Detroit River.

To avoid conflict with those using the surface streets, it sat 25 feet below grade, passing under such major thoroughfares as Jefferson and Gratiot avenues.  As the landscape of the city changed, and various industries faltered, the businesses began disappearing, and so too did the freight shipments along the Cut. The use of the Cut for rail service ended in the late 1970s.  And there it sat — a two-mile “trench” within a mile of downtown, yet abandoned and threatening.

Because the floor of the Cut is more than 60-feet wide, it was ideally suited to today’s park-like setting. And, since it’s 25 feet below grade, and secluded from traffic, it creates a sense of tranquility in an otherwise very urban setting.

Following the opening of the Detroit Riverfront by two years, the development of the Dequindre Cut paralleled that of New York’s more well-known High Line, an elevated abandoned rail corridor that passes along the west side of Lower Manhattan. The High Line provided for New York City a grand vision for how the city could be connected by reclaiming community assets and building non-traditional public spaces. It has become an incredible tourist attraction in its short life. It, too, opened to the public in the spring of 2009.

While the Cut, like the High Line, was an abandoned city asset waiting to see a new life, it was much more ominous than the High Line. Consisting of 2 miles of overgrown vegetation, out of sight to the unfamiliar, and to those aware of it, a very scary place, the Cut was not immediately thought of as a place for the public to enjoy.  It was thought to be too short, that it didn’t have any “amenities,” and that it was dangerous.

And then it opened. The public got to experience it, and people were thrilled. It has attracted national and international attention. 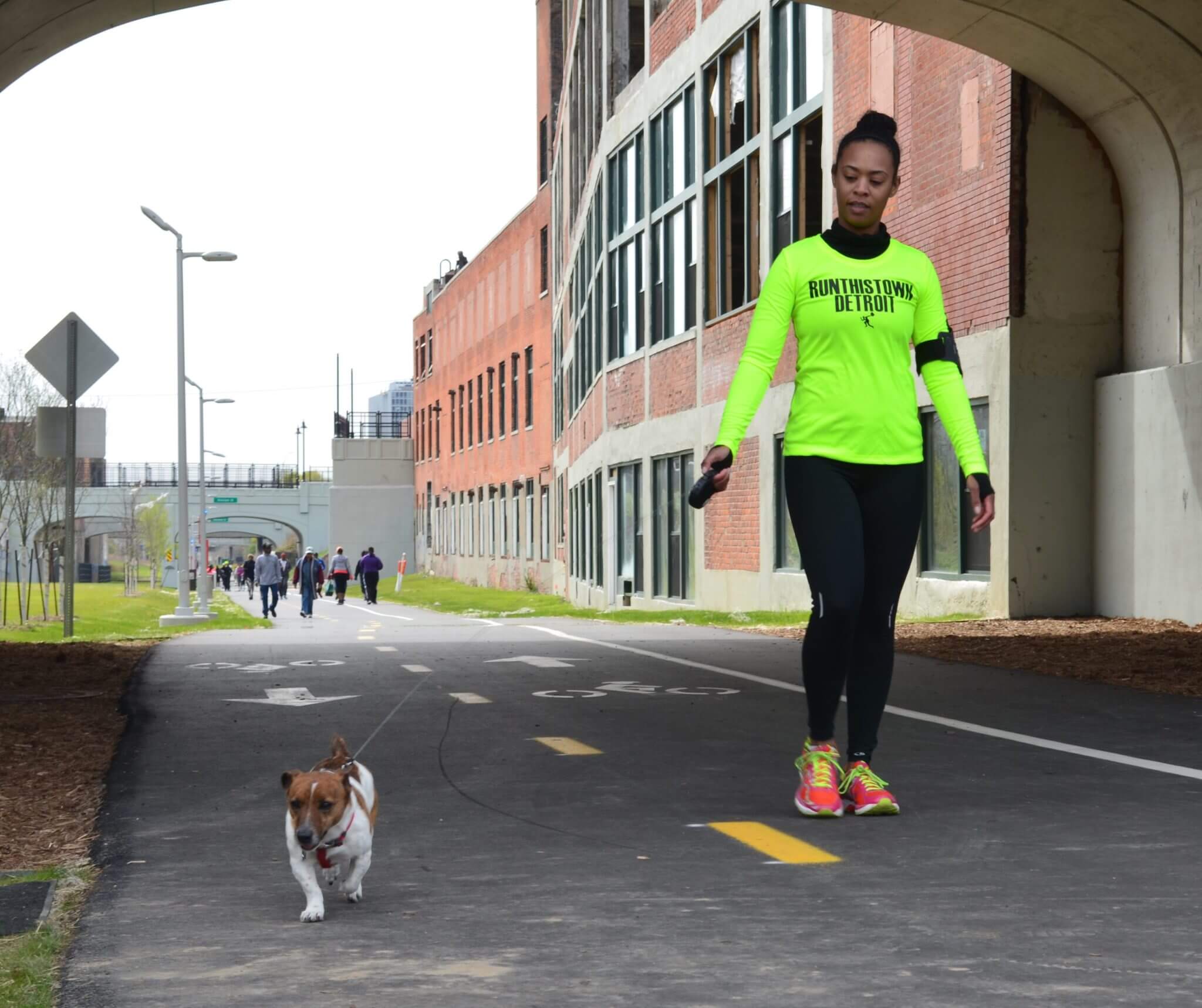 For me, though, the most telling impact of the Dequindre Cut took place before it opened. The asphalt had already been poured, but, because other aspects of the trail had not been completed, it remained a closed construction site. As a young couple came walking toward the blocked-off entrance, pushing an infant in a stroller, the woman stopped and joined me peering over the bridge railing and down onto the newly constructed trail below. As we stood there, she said to me, “Isn’t this fantastic?”

It turned out they lived in an apartment adjacent to the Cut and had watched its construction, from its earlier unflattering condition to the point where it was soon to open.

She went on to say that ever since the asphalt had been poured, she and her husband brought their daughter down to the trail, lifted the stroller over the barricade, and walked the unfinished Cut, once in the morning, and again in the evening. She said: “It makes us feel safe. It gives us hope. This is the future of Detroit.”  She then scrambled over the barricade and joined her husband and daughter on the Cut.

The Dequindre Cut — it’s a symbol of our future, which rests in reclaiming and reanimating our past spaces for a beautiful tomorrow.

Support for Our Youth: A Regional Response to the Oxford Tragedy