When Philanthropies ‘Step Up’ 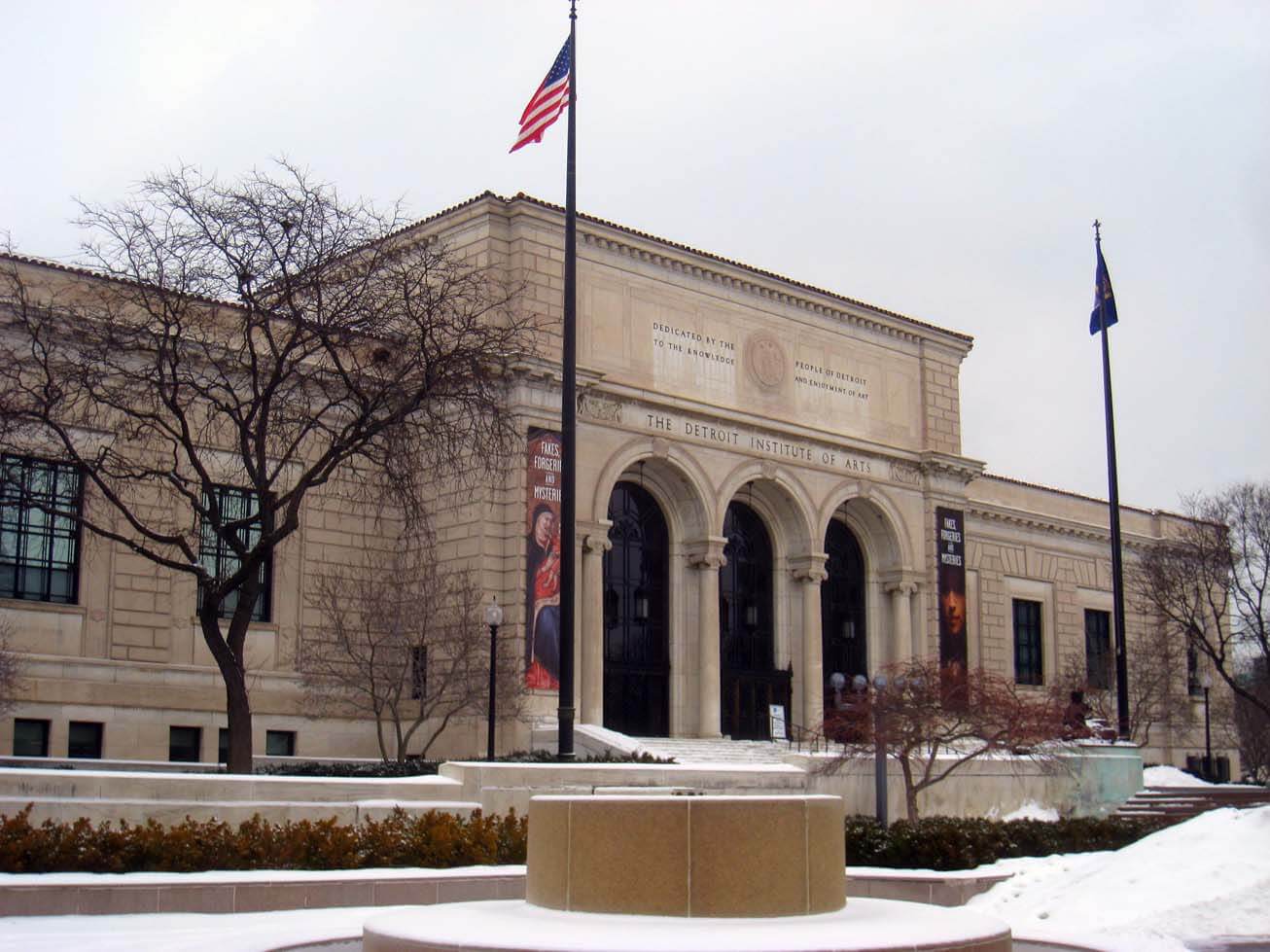 Foundations Work Together for Detroit’s Future

Much media attention and speculation has swirled about ahead of Monday’s official announcement by the United States District Court regarding the commitment of several foundations to preserve the Detroit Institute of Arts while helping the City of Detroit honor its commitment to retirees. What follows is the joint statement by the foundations involved, the press release by the U.S. District Court, and numerous news stories covering the proposed plan.

As philanthropies with ties to Detroit and Southeastern Michigan, we share a strong commitment to the revitalization of the region. Many of us have worked for years to help rebuild the city and ensure its prosperous and sustainable future.

For these reasons, when Chief Judge Gerald Rosen and his mediation team facilitated an opportunity for us to work together for Detroit’s future, we readily agreed. As a diverse group of local and national philanthropies, we are pleased to contribute to what we hope will be a balanced, workable plan that will enable Detroit to emerge from bankruptcy renewed and stronger.

The proposal we’ve been working on has one overarching goal: to enable Detroit and its citizens to focus on the task of renewing this great American city. Intended to be part of a larger, agreed-upon plan of adjustment, this plan furthers that goal in two critical ways, by helping the City honor its commitments to its retirees and preserving an extraordinary community cultural asset, the Detroit Institute of Arts.

While we approach this matter from different perspectives, we are united in the view that the plan offers an important opportunity to help Detroit find much needed solutions to its unique challenges. Helping to protect the hard-earned pensions of city workers while also preserving the DIA’s collection for all the people of Southeastern Michigan are worthy components of a balanced overall settlement that will help ignite Detroit’s renewal.

Our participation in this plan is not intended to be the totality of our investment in Detroit now or in the years to come, and it does not replace our existing philanthropic commitments. The philanthropies in this working group are thinking carefully about how this proposal can complement our ongoing individual efforts in Detroit, and be part of our overall strategies for supporting Detroit and Southeastern Michigan to build a strong future.

As foundations, we recognize the limitations of the role we can play. But helping the leaders of this community put forward workable solutions to vexing issues is something to which we can contribute. 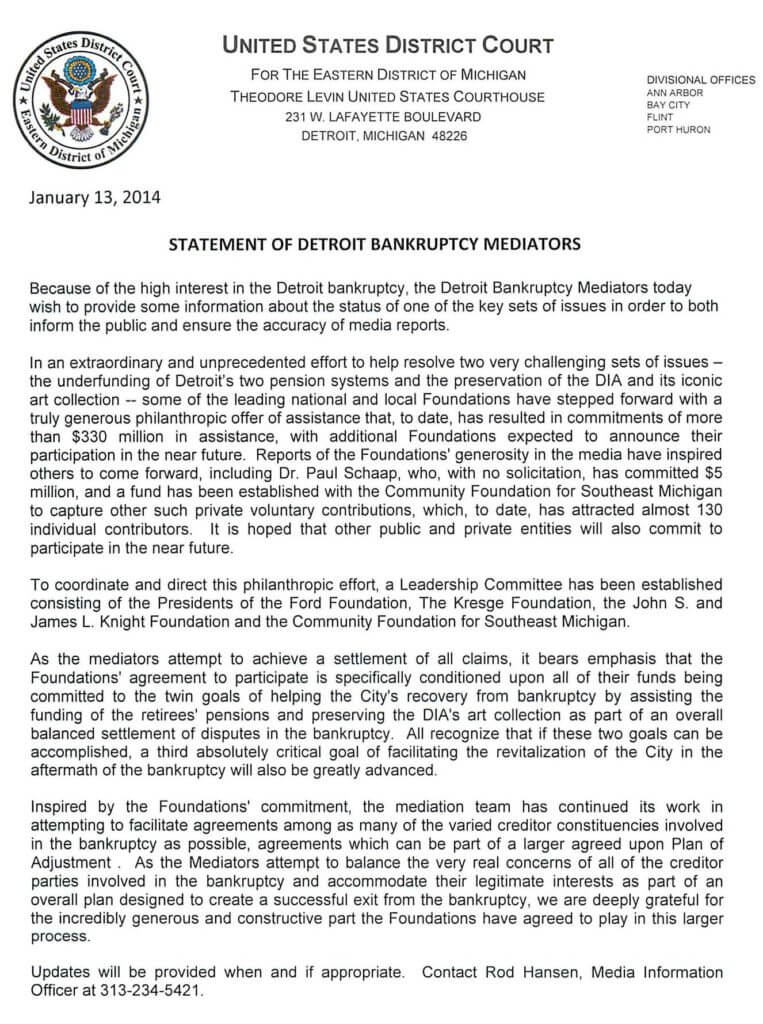