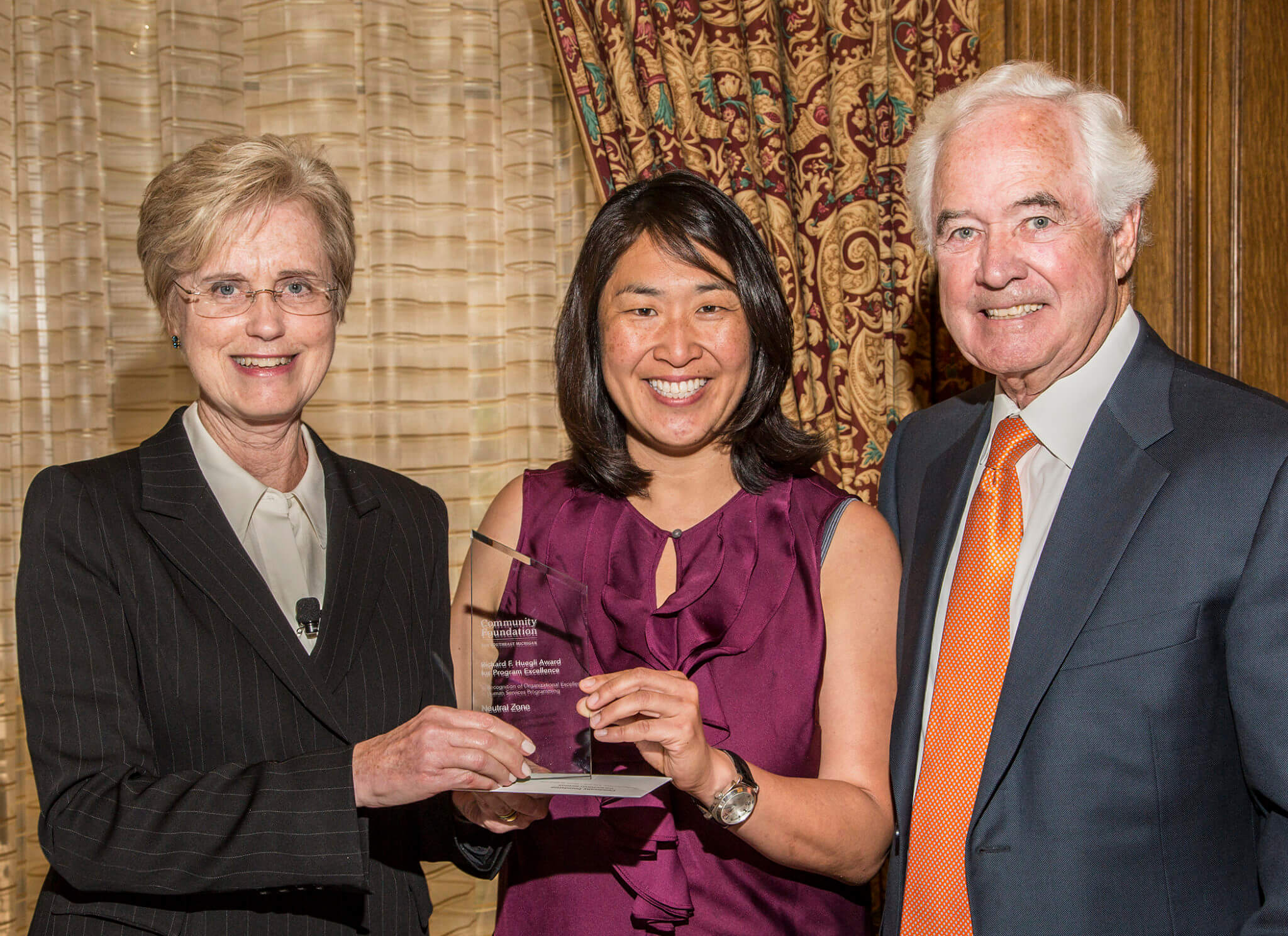 Rick Sperling is the Founder and President of Mosaic Youth Theatre in Detroit, an innovative after-school singing and acting program that empowers young people to create positive changes in their lives. Sperling founded Mosaic in 1992 to address gaps in the Metro Detroit arts education.

“Mariam Noland has been an inspiration and a role model for civic engagement in Detroit,” says Sperling. “I am incredibly honored to have an award with her name connected to it, because I think the world of her and of the Community Foundation.”

The Richard F. Huegli Award for Program Excellence identifies a nonprofit that reflects Mr. Huegli’s, a former director of the Community Foundation, high standards in human services programming and belief in human potential.

The Neutral Zone was founded by teens, to provide a venue for needed social, cultural, educational, recreational, and creative opportunities for young people in Ann Arbor area and  to host high quality, youth-driven programs.

“It’s a huge honor to be selected,” says Lori Roddy, Executive Director of Neutral Zone. “We’re super excited and grateful to be recognized. Neutral Zone is a really strong leader in the field of youth development and youth programs in southeast Michigan and the award reaffirms that we provide leadership for all and that we take that mentorship role really serious.”

“Both of our award winners exemplify effective leadership and model citizenship in their respective communities,” says Mariam Noland, President of the Community Foundation for Southeast Michigan. “We are very happy to have Rick and the Neutral Zone team working to make our communities safer, vibrant, and more welcoming to all.”

In addition to the annual awards, the Community Foundation distributed over $17 million in grants the second quarter of 2017 to a diverse array of nonprofit organizations and programs benefitting the seven-county region of southeast Michigan.

“The range of awarded grants this quarter span across an incredible diverse landscape of nonprofit organizations,” says Katie Brisson, Vice President of Program at the Community Foundation for Southeast Michigan. “We are excited to see the impact each grant can have on the communities served by each organization.”

Among the grants awarded were:

Included in the totals for the quarter are grants made by supporting organizations of the Community Foundation as well as grants recommended by donors who have established charitable funds with us. The Community Foundation works with individuals, families and businesses to maximize the impact of their charitable dollars and fund programs and projects that create lasting, positive change in our region.

About the Community Foundation for Southeast Michigan
The Community Foundation for Southeast Michigan is a full-service philanthropic organization leading the way to positive change in our region. As a permanent community endowment built by gifts from thousands of individuals and organizations, the Foundation supports a wide variety of activities benefiting education, arts and culture, health, human services, community development, and civic affairs. Since its inception, the Foundation has distributed nearly $902 million through more than 60,000 grants to nonprofit organizations throughout Wayne, Oakland, Macomb, Monroe, Washtenaw, St. Clair, and Livingston counties. For more information, please visit www.cfsem.org.