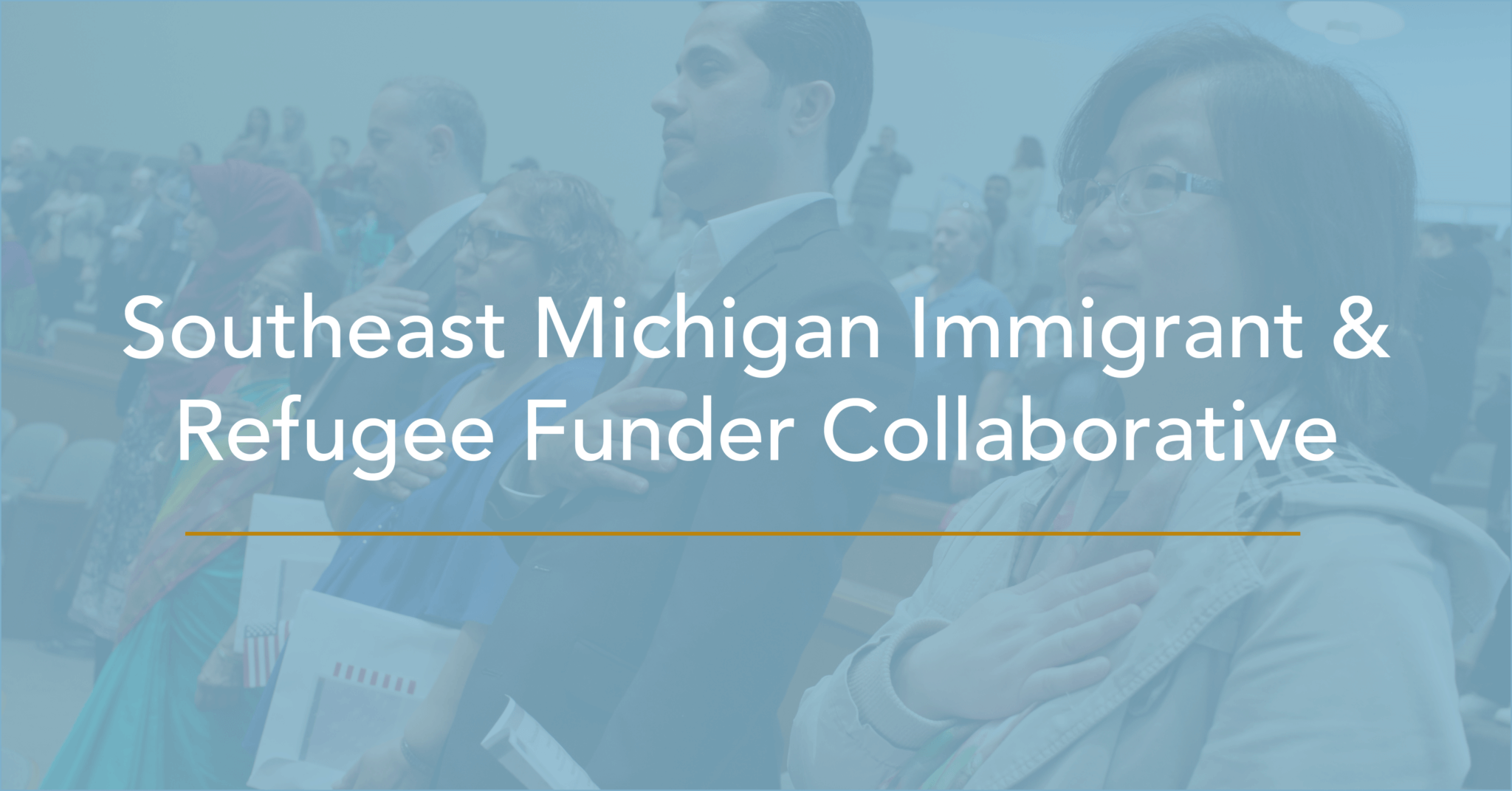 The impetus for the Collaborative is based on the findings of a new report that outlines the current state and several pressing challenges facing organizations that support immigrants and refugees. The Collaborative will help the philanthropic community work together to support southeast Michigan’s various immigrant and refugee communities.

There are more than 600,000 foreign-born individuals in Michigan, 70 percent of whom who live in southeast Michigan. From Fiscal Year 2012 through Fiscal Year 2018, Michigan was the fourth largest state in the country for refugee acceptances since 2012, behind Texas, California and New York. The number of refugees entering Michigan has declined by 85.7 percent since fiscal year 2016.

The four key critical issues facing the segment of foreign-born individuals in southeast Michigan that need assistance include: (1) lack of access to services; (2) poor public perception; (3) insufficient funding; and (4) a lack of strategic funding for organizations supporting immigrants and refugees.

“Organizations serving refugees and immigrants are facing increased financial pressures due to decreases in federal assistance and the growing need for supporting these members of our community,” said Mariam Noland, president of the Community Foundation for Southeast Michigan. “The goal of the Southeast Michigan Immigrant and Refugee Funder Collaborative is to provide a coordinated, philanthropic effort to support immigrant- and refugee-serving nonprofit organizations that address the needs of their constituents in our region.”

Grantmakers Concerned with Immigrants and Refugees (GCIR), a national philanthropy-support organization, coordinates a network of more than 20 similar collaboratives in communities across the United States, providing technical assistance and national matching funds. This effort, called the Delivering on the Dream (DOTD) initiative, brings together local funders to support immigrants, refugees, and asylum seekers with essential services; address the adverse effects of policy changes and inflammatory rhetoric; and create opportunities for immigrant leadership and civic engagement.

“As we witness the marginalization of immigrants in this country, it is essential that philanthropic institutions leverage their voice and resources in support of all members of their communities,” remarked GCIR President Daranee Petsod. “We applaud the Community Foundation for Southeast Michigan and partners for their leadership in developing this collaborative and look forward to working with all partners to strengthen community ties and resources.”

The current investment in the Southeast Michigan Immigrant and Refugee Funder Collaborative is $450,000, over a period of two years.

In the coming months, the Collaborative will work with key stakeholders and community members to determine the most impactful way to provide support. For more information, visit cfsem.org/irfc.

Produced by Public Sector Consultants and supported by the Community Foundation for Southeast Michigan, Kresge Foundation and Skillman Foundation, a new report provides data about local, state and federal funding for nonprofits that serve southeast Michigan’s foreign-born populations; analyzed the nonprofits that are on the frontlines of this critical work; and surveyed and interviewed key stakeholders and thought leaders to assess how well the region is equipped to address these populations’ needs.

In reviewing this data, the authors identified four critical issues facing foreign-born individuals in southeast Michigan. They include: