Building a Pipeline of Teachers for Head Start 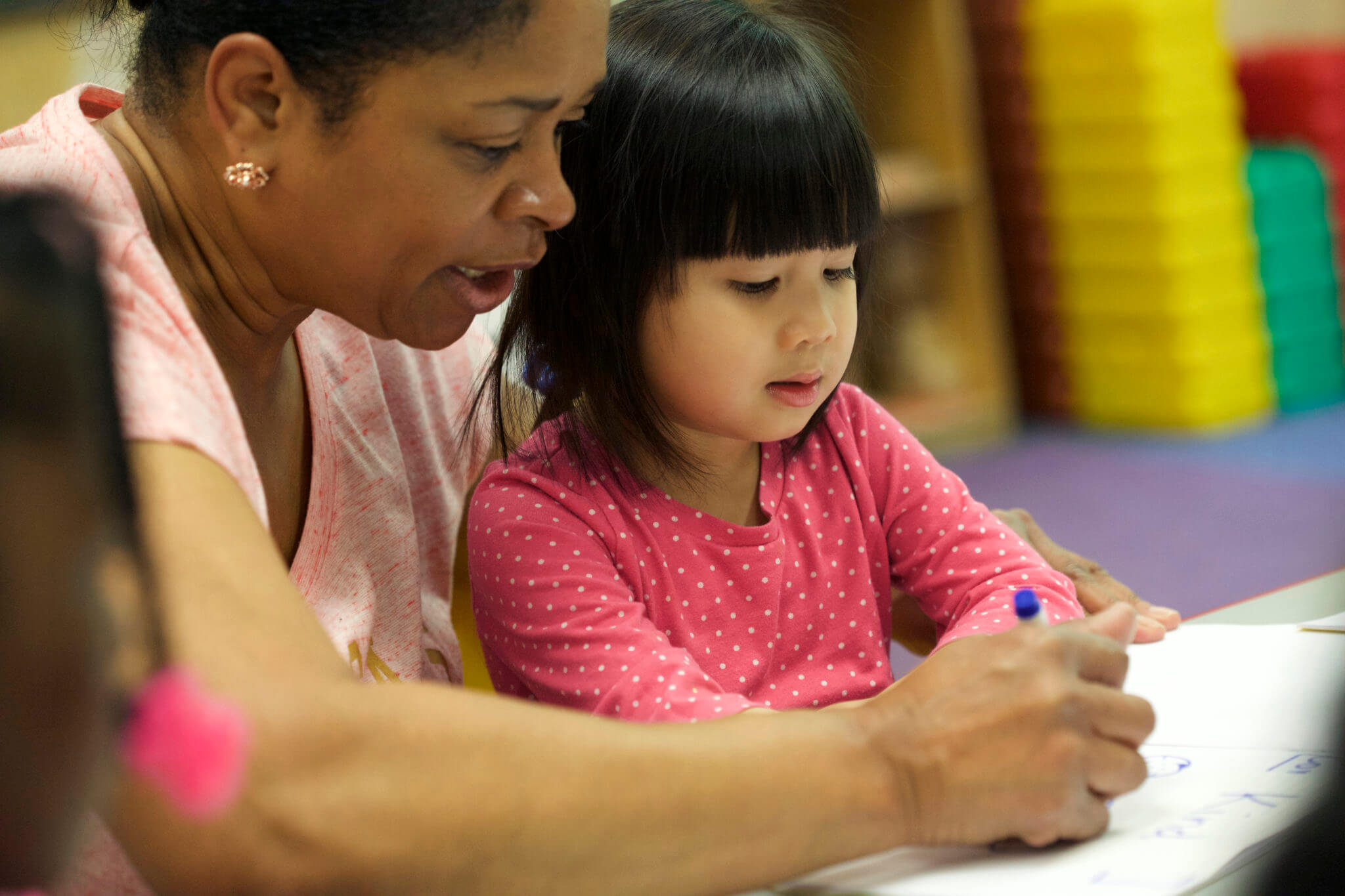 The Head Start Innovation Fund has supported a variety of strategies to build the pipeline of teachers into the system, allowing different agencies to test different models. One approach, built by Matrix Human Services, was to partner with Teach for America. Here’s one story from that effort.

Suddenly, not long ago, Valeda McDowell realized: Nobody in her life ever needed her as much as the children in her Head Start classroom.

“Some of them, when they come in, they don’t know anything,” Valeda says of the 3- to 5-year-olds in her colorful basement room in St. Paul Cathedral in Detroit. “Some of their parents, the best thing they’ve done for their kids is bring ‘em through those doors.”

To her surprise, she now needs them, too. “If I don’t get deep into it and help the parents develop this child, I’m losing this child, and I’m not doing my part in this society.”

In her imagination, Valeda was never a teacher. As a 2-year-old child on 12th Street in Detroit during the 1967 riots, she and her five siblings slept in her mother’s bed or on the floor nearby. She grew up wanting to leave, to go to California to become a doctor. Instead, she went to work as a young woman for Blue Cross Blue Shield in downtown Detroit. She started a side business as an interior decorator then, when offered a buyout, took it to get a business degree from Wayne State University, in the same year her daughter turned 13.

But in 2012, Detroit still sniffled from the national recession. “Never in my life had I been without a job, without income, for more than two weeks.” Encouraged by a brother who teaches, she signed on as a substitute teacher, and was surprised when familiar students got excited to see her again. One girl begged Valeda to date her father.

At a Detroit high school with what she calls “challenging students,” she met members of Teach for America, a non-profit that enrolls and trains college students and professionals to teach for two years in any of 52 low-income communities it services across the country. Inspired, she applied. When during her 8-hour interview a man asked her, “Why do you want to do this?,” she replied, “Because I’m needed and I care.” At age 49, she was accepted, got intensive training and served for one year in a poor South Carolina city, then returned to Detroit to join Matrix Human Services. Matrix had just received a grant from the Head Start Innovation Fund to hire Teach for America teachers in its Head Start classrooms.

As a mother who enrolled her daughter in dance at age 3, and in a pre-engineering program at age 4, Valeda was surprised by some of the children she encountered. No ABCs. No concept of numbers. No ability to focus. One 3-year-old boy cried for hours at a time or, when he was silent, stare straight ahead. Visiting therapist thought he might be autistic. But Valeda, “down in my inner spirit,” thought he was crippled by anxiety instead.

Finally, she advised other teachers not to carry him around. She asked his father not to let the boy sleep all the time on his chest, and to let him feed himself. Over the year, she has seen the boy begin to smile, to walk himself from one play station to another, to run down the hall – to finally begin to grow up. She helped his parents understand the difference between supporting their son, and babying him.

“These children need me, and I need them,” she says, “because I grow as a teacher from every one.”