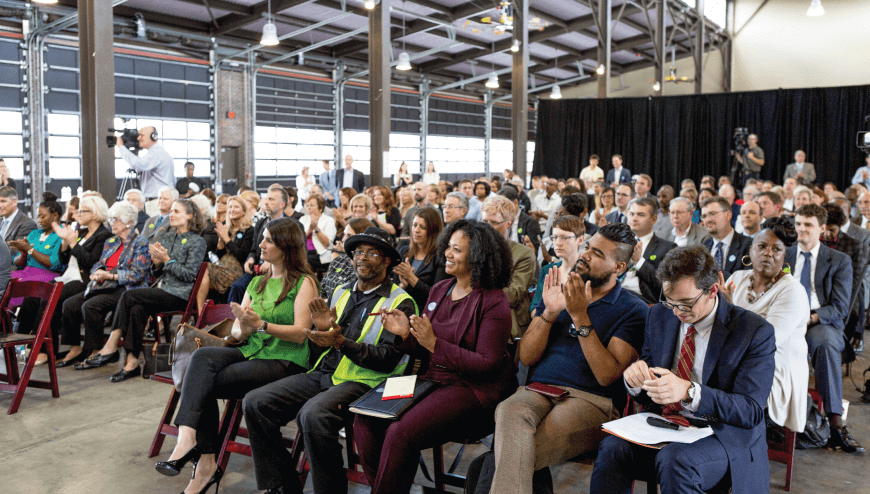 On September 14, the New Economy Initiative (NEI) released a report of its cumulative impact at an event attended by NEI funders, grantees and stakeholders in Detroit. NEI is the country’s largest philanthropy-led regional economic development initiative and has granted a total of $96.2 million to organizations and programs supporting entrepreneurs.

The NEI Impact Report was informed by research and analysis of NEI grants from 2008-15 conducted by Pricewaterhouse Coopers LLP (PwC) and the W. E. Upjohn Institute for Employment Research and local partners. It reveals that NEI’s support has helped entrepreneurs and small businesses generate $2.9 billion in real economic output and create 17,490 jobs in southeast Michigan.

NEI has achieved this impact by making grants to organizations and programs supporting entrepreneurs of all kinds, from grass roots to high growth, creating a vast network of entrepreneurial support in southeast Michigan. The economic and employment impact reports by PwC and Upjohn Institute analyzed years of information reported to NEI by grantees via quarterly reports, as well as interviews with regional entrepreneurs. Findings include:

The research of PwC and Upjohn Institute underscores in particular the success of philanthropy’s efforts to increase social equity and inclusion in the southeast Michigan’s economy. Nearly 40% of all companies supported by NEI since 2009 are minority-owned, double the national average. Moreover, NEI has helped to increase the number of business support organizations and programs in the region from fewer than 10 in 2007 to more than 50 today. And almost two-thirds of local entrepreneurs surveyed say that the level of support for starting and growing a business has increased in the last five years.

The publication of the impact reports comes as NEI begins fundraising for its next phase. To date, NEI has secured commitments totaling $13.5 million from the Ford Foundation, the John S. and James L. Knight Foundation, the McGregor Fund, and the Ralph C. Wilson Jr. Foundation.

For more information on NEI’s impact, and to read the official economic and employment impact reports authored by PwC and Upjohn Institute, visit neweconomyinitiative.org/impact.

Creating a Legacy: A Story of Three Endowments