Effective Treatment for Michiganders with Opioid Use Disorder 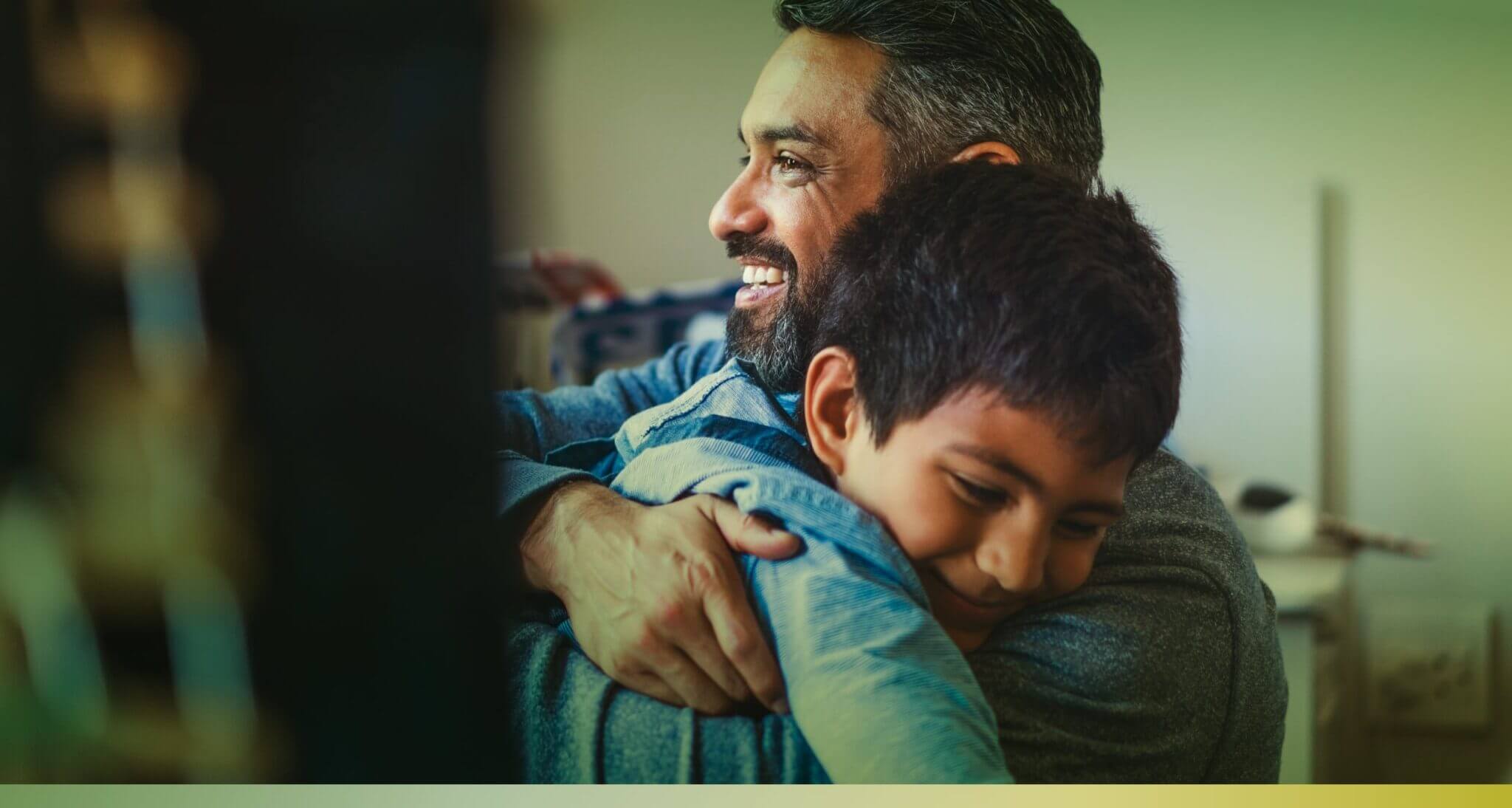 Opioid-related fatalities have increased ten-fold since 2000 in Michigan, making it among the states with the highest levels of opioid overdose deaths in the country. Preliminary data released by the Centers for Disease Control and Prevention in July 2021 suggests the COVID-19 pandemic may have worsened the situation. Opioid overdose deaths in Michigan reached an all-time high of 2,770, a 16 percent increase from 2019.

“It seems isolation and stress caused by the pandemic are exacerbating and multiplying opioid use and the number of deaths,” says Dr. Andy King, an emergency room physician at Detroit Medical Center who also advises the Michigan Opioid Partnership, a public-private collaborative managed by the Community Foundation for Southeast Michigan with the goal of decreasing Michigan opioid overdoses and deaths. “My best guess is that we’re going to continue to see issues caused by COVID reverberate for the next couple of years,” he said. 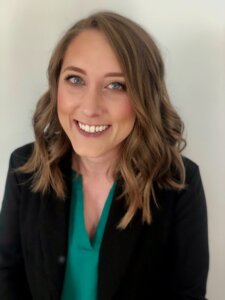 These substantial increases in mortalities span all regions of the state, with some areas more significantly impactedthan others. Disparities are caused by several factors, according to Amy Dolinky, former senior advisor, Michigan Opioids Strategy with the Michigan Department of Health and Human Services.

“Overdose deaths, fatal and non-fatal, are influenced by geography and access to services,” she says. “From 2019-2020, fatalities among males were up 17 percent, 50 percent among Hispanics, and about 54 percent in the upper and northwest Lower Peninsulas. Indigenous and Black populations are also disproportionately affected,” she continues.

Dolinky is part of a public policy team working to pass legislation to make treatment for opioid use disorder (OUD) more readily available throughout the state. Much of her work centers around understanding community needs related to OUD and how to address them. “We connect what’s happening on the ground level to the larger systems that are in play in an effort to increase access to services,” she says.

Emergency departments as essential partners in expanding MOUD in Michigan

With support and encouragement from the Michigan Department of Health and Human Services, emergency departments throughout Michigan are adopting medication for opioid use disorder (MOUD) as a best practice for resolving OUD. Their efforts are part of a state-wide strategy to meet Governor Gretchen Whitmer’s goal of reducing opioid overdose deaths by 50 percent by 2025. Dr. Joheign Khaldun served as the first chair of the Michigan Opioids Task Force, which directs the state’s work. 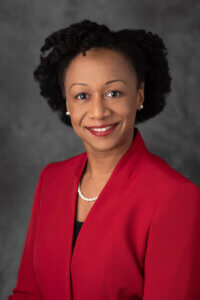 “MOUD is an evidence-based treatment that prevents people from dying from the disease of opioid use disorder,” says Dr. Joneigh Khaldun, former chief medical executive for the State of Michigan and former chief deputy director for health in the Michigan Department of Health and Human Services and a practicing emergency medicine doctor.

Oftentimes, an OUD sufferer’s first encounter with the healthcare system is through an emergency department, especially those who have overdosed. “So many people visit the emergency department, which is playing a critical role in expanding access to MOUD treatment throughout the state,” says Dr. Khaldun. “People who come to the emergency room in overdose are likely to have another. I think these departments are a real opportunity to initiate treatment,” she continues.

Despite the proven benefits, Medications for Opioid Use Disorder Save Lives, a publication of the National Academy of Sciences, reports that this class of drugs remains underutilized because of stigma, lack of provider training, and regulatory constraints. In 2017, an estimated 20.7 million people aged 12 and older needed treatment for a substance use disorder. Only 4 million people received it—about 19 percent.

“So, we’re talking about a small, small sliver of eligible people who are actually receiving appropriate treatment, and best treatment,” Dr. King emphasizes. He went on to say that medications, with or without behavioral therapy, are the backbone of recovery and not offering them for substance use disorder is a “dereliction of duty” on the part of those responsible for these patients’ care.

Additionally, emergency departments can bridge the gap between outpatient and inpatient services. Those dedicated to sustained OUD treatment have developed community partnerships with organizations and individuals who can support patients through their recovery. This increases the likelihood that they will remain in treatment or return in the event of a relapse.

Emergency departments are also playing a role on the policy front, according to Dolinky.

“We’ve been working on legislation to expand the medication to treat opioid use disorder work through emergency departments because they can help facilitate a widespread approach to meeting people where they are and introducing them to options like buprenorphine,”says Amy Dolinky, former senior advisor, Michigan Opioids Strategy with the Michigan Department of Health and Human Services.

Through these relationships, she also hopes to learn more about the holes in services impacting different geographies and racial groups to enhance policy being developed to address disparities.

OUD as a disease process

Though other pathways exist, research has shown people seeking recovery from OUD are more successful when prescribed medication. “In the same way that we give diabetics insulin to control their condition, we absolutely should be making sure people with OUD have access to treatment,” says Dr. Khadun.

Dr. King agrees that OUD is similar to other chronic diseases. As an addiction specialist, he sees many people coming to the hospital in various stages of overdose. “When someone with OUD is on a medication and maintained on a medication, their risk of dying goes way down. It’s essentially the same as somebody who does not have a substance use disorder.”

A National Institute of Health article states that MOUD can also reduce the patient’s risk of co-occurring disorders and diseases like HIV and viral hepatitis, resulting from drug-influenced risky injection and sexual practices. The medications can be used for extended periods if adequately supervised by a qualified medical provider. This increases the likelihood of complete and permanent recovery while diminishing the incidences of death caused by overdose.

Ensuring opioid use disorder patients have access to the obvious and significant benefits medication has to offer also achieves societal wins. People using drugs can find themselves in dangerous situations that make them vulnerable to abuse. Many suffer from depression or anxiety caused by trauma. They are also at higher risk of infectious diseases that increases their likelihood of severe illness or death.

Additionally, they engage in behavior that erodes their interpersonal relationships, making it difficult to retain employment or interact with family and friends. Overall, it becomes challenging to function on every level, rendering it impossible to fulfill major life obligations.

“With fewer fatalities comes more opportunity for folks to be part of a community and family, have quality of life, and minimize the loss and trauma experienced by individuals losing loved ones to this disease,” says Amy Dolinky, former senior advisor, Michigan Opioids Strategy with the Michigan Department of Health and Human Services

People in recovery have improved social functioning that contributes to their ability to deal with stress and mental problems in productive and effective ways.

“I have seen people start to feel better once their disease process is treated with these medications. They’re holding down jobs and treating their kids and spouse better—those are all good things,” says Dr. King.

Doing Better for Patients with Opioid Use Disorder

Championing Medication for Opioid Use Disorder with a Large Hospital System