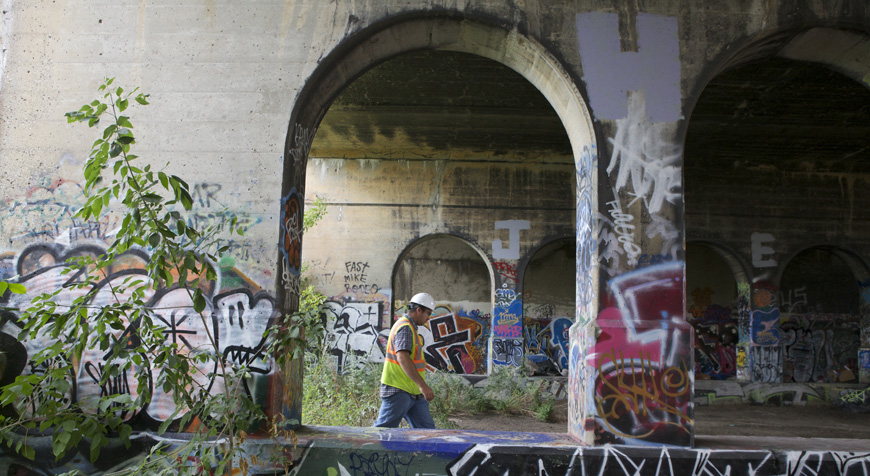 In 2013, work began on the long-awaited extension of the Dequindre Cut greenway. The landscaped hiking and biking path will continue north through the Eastern Market to Mack Avenue, where it will connect to the Midtown Loop Greenway. That means city visitors and residents will soon be able to enjoy a seamless greenway extending from the Detroit River to the cultural institutions of Midtown and Wayne State University. The Community Foundation was the first to fund the Dequindre Cut and has been the driving force behind greenways in Detroit and throughout the region.

A $300,000 grant is supporting a new public gathering space that will be built next to the Wilkins Street Bridge along the Dequindre Cut. The 30- by 60-foot pavilion will be strategically positioned between Eastern Market and The Greening of Detroit’s Market Garden for use as an outdoor classroom for gardening and urban agriculture courses and a site for demonstrations and events. The Dequindre Cut extension project has attracted more than $5.6 million in state and federal funds and will be completed in late 2014.

A Medical Solution to Food Insecurity in Monroe County

Providing Continued Support for the Environment: Endowment, GreenWays, and The Great Lakes Way