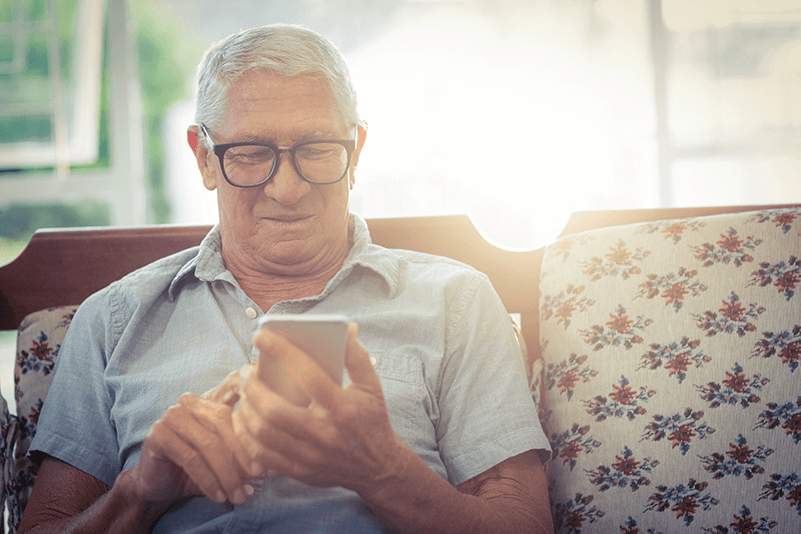 Detroit’s aging LGBT community is more connected thanks to the Friendly Caller Program.

With grant support from the HOPE Fund, SAGE (Services & Advocacy for Gay, Lesbian, Bisexual & Transgender Elders) Metro Detroit launched the Friendly Caller Program in June 2017 to combat loneliness and isolation among aging members of the LGBT community. More than 35 area LGBT residents have participated, offering one another support and friendship through 25-minute phone calls three times a week.

The program’s success was significant not only on the local level but also on a larger scale, as previous research had suggested that programs like these weren’t impactful. But SAGE had a hunch their community would be different.

“We’re starting to see different trends emerge,” said SAGE Executive Director Angela Perone. “Research suggests that older adults prefer connection with people of the same age, and that’s actually not what we found. Some of our most successful matches were wide spans intergenerationally.”

Indeed, the Friendly Callers Program has been a success among a diverse population aged 19-78, with 38% of the participants identifying as people of color and 24% identifying as transgender or nonbinary. And retention rates have been high, which Perone attributes to the need for connection across the community. Perone said volunteers were often also interested in continuing to feel connected themselves, and numerous participants who began the program as call recipients are now making calls.

One such participant was interested in Friendly Callers before it even launched. “He really felt very alone, and he was navigating a lot of challenges, including unemployment, food insecurity, and poor health,” Perone said. “We got him involved immediately, and he’s now transitioned from a person receiving calls to a volunteer caller. He attributes a lot of it to having the support of the Friendly Caller program.”

For LGBT community members who feel disconnected or alone, Friendly Callers has offered crucial companionship and support. One participant reported that he struggled immensely during the holidays and told the program coordinator that “God sent you to me because he knew just what I needed.” Many participants are also facing significant structural barriers that take a lot of time and partnerships to fix, Perone said: “This provides support while they’re going through those issues.”

After the program’s initial success, SAGE has begun sharing knowledge to support the development of similar programs outside Detroit. “Having the support of the HOPE Fund was critical, because we knew in our gut it would work, but we didn’t have the finances to do it,” Perone said. “And now we’re disseminating this information. The impact is quite large.”

Donate to the HOPE Fund