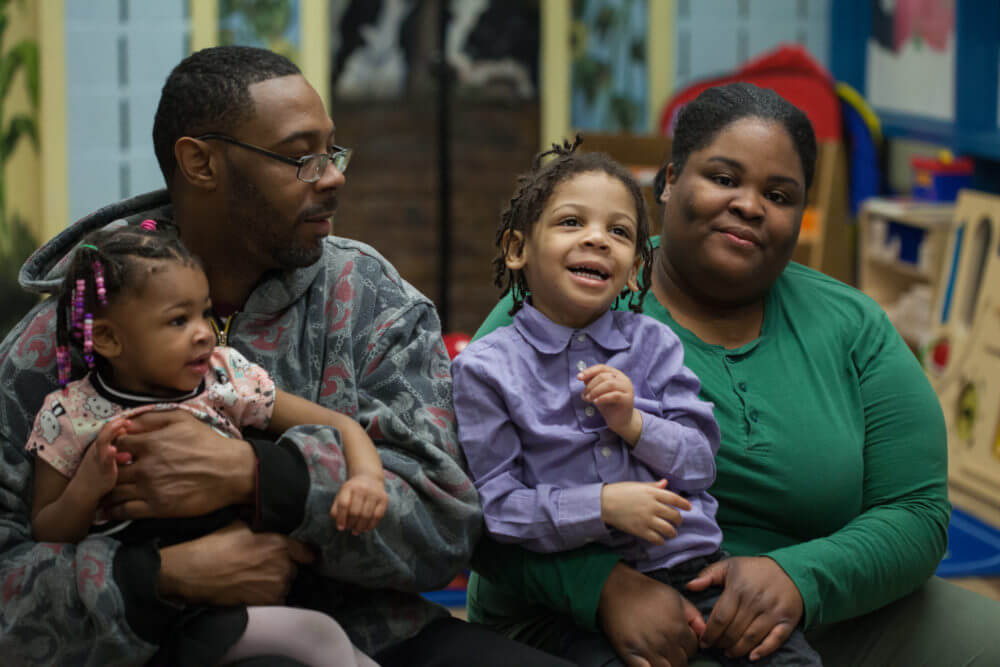 Part of the Head Start Innovation Fund’s work has been to bridge systems. While Detroit Public Schools is not a direct provider of Head Start, they are a critical partner in their role of providing referrals and supports for special needs children in Head Start. A grant to DPS is working to boost capacity to increase this referral and support system, as 10% of Head Start slots are to be utilized by special needs youth. Here is just one of hundreds of stories of why this is important.

When her baby was just a few months old, Tiffany McKnight suspected something was wrong. Samuel languished, disinterested in crawling or pulling himself up. Tiffany knew because, although a first time mother, she had raised a friend’s baby. By his first birthday Samuel, born a month premature, had forgotten what “nose” and “mouth” and “eye” meant, words she had taught him with their faces inches apart.

“It was our little game,” she recalls somberly. “And he wouldn’t play anymore.”

He didn’t learn to walk until 16 months old. But by that time Tiffany — a smart, can-do woman — had taken action, calling a Detroit Public Schools program called Early Intervention. She remembered it because, seven years earlier, she often delivered to it a cousin with cerebral palsy. The program gives a boost to special needs kids from birth to age 3 then, ideally, places them in any of several special Head Start programs.

When evaluators from DPS came to Tiffany’s home, Samuel “ran around aimlessly,” she remembers. “They couldn’t get his attention.” He was diagnosed with moderate to severe autism, and his mother was grateful for the words. “They help us to explain how to love and train and relate to our child.”

When he graduated from the program last summer, he was quickly enrolled in a Head Start program at Marcus Garvey school. There, his classroom holds just six children, with a teacher and an aide. Today, at 3½, he is making his mama proud with full sentences like “Oh my God, dang it,” copied off his older half-siblings. He sings “Jingle Bells.” And the other day he picked up a tool and proclaimed, “This is a screw driver.” Amazed, his mother called every aunt, uncle and cousin to brag.

Hers is a good news story. Not every parent recognizes special needs in their children, or knows about the DPS program. Backlogs sometimes fail to quickly find the right Head Start program for these children, so they stay home for too long, losing their momentum, forgetting what they learned. One special needs teacher ruefully called it “back to the old humdrum.” A new grant from the Community Foundation for Southeast Michigan adds people to recruit parents of babies for the DPS program, then to speed them quickly into Head Start at age 3. The law requires that 10 percent of Head Start children have special needs.

Meanwhile, Tiffany and her husband are raising a second special needs child, Samantha. Only four pounds at birth, she underwent emergency surgery at two months to open her airway. At two years she still wasn’t calling for her “mama” or “daddy.” But she is a darling of teachers at the Early Intervention program, and has recently begun calling out to her parents, saying “uh oh” and naming cars, shoes and Elmo.

Tiffany’s days are grueling, tending her family from their temporary home in a motel room, chauffeuring her husband to work, her stepchild to school, her Samuel to Head Start and her daughter to DPS – then picking them all up. But, she says, “I was told I wouldn’t be able to have children, so I want to invest everything I have in them.”