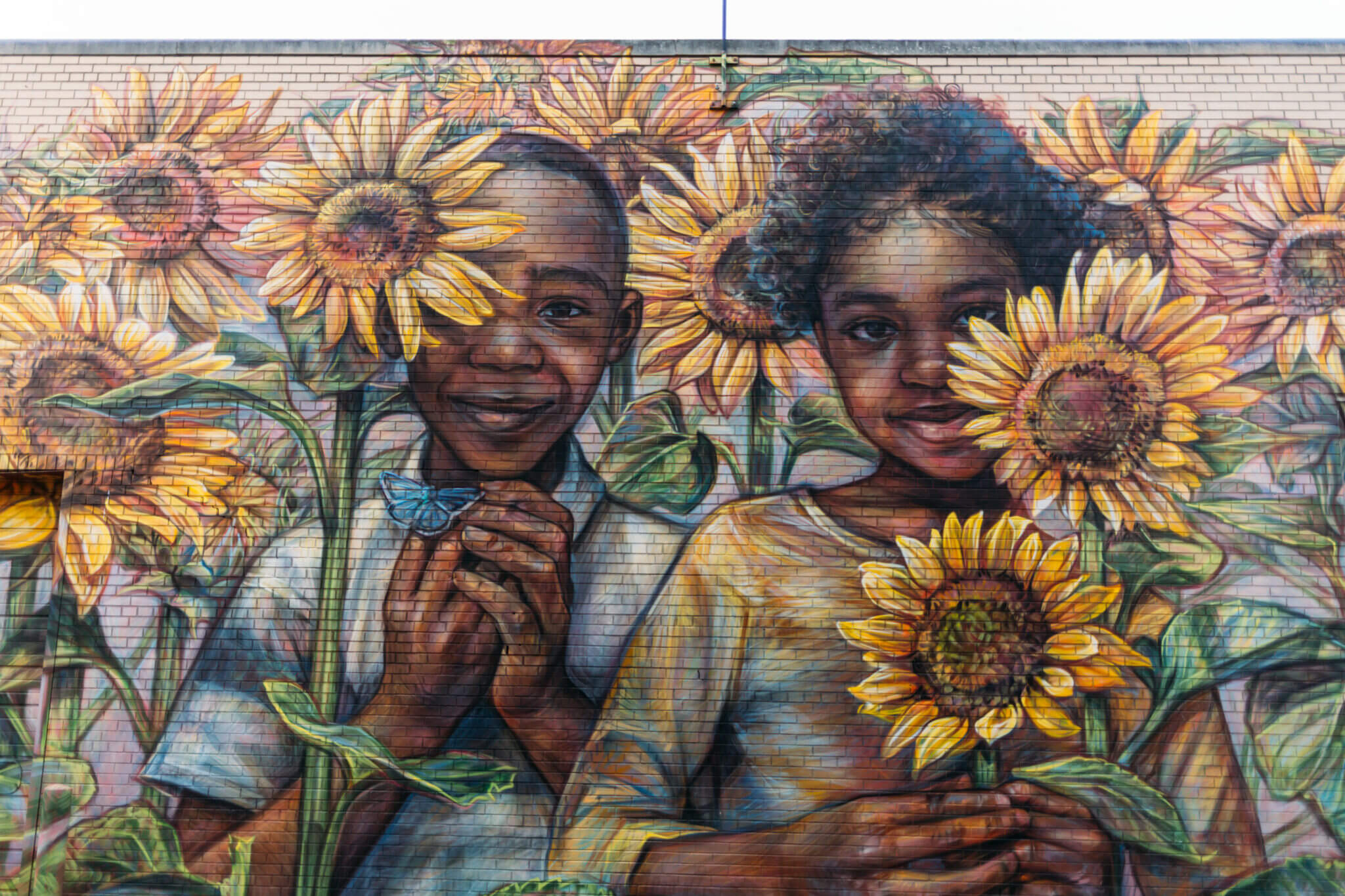 Through an innovative, first-of-its-kind program model, the Community Foundation for Southeast Michigan (“The Community Foundation” or “The Foundation,” CFSEM), together with a number of area foundations, is fostering partnerships between communities and law enforcement-based Technical Advisors (TA) as well as providing funds to projects that examine how local policing can be improved and transformed.

As a regional leader in the philanthropic sector, the mission of The Community Foundation is to bring local foundations and corporate partners together to help address the long-term needs of our Southeast Michigan communities. With an eye toward durable, collaborative solutions, 2021 saw The Foundation convene top law enforcement experts, academic researchers, and philanthropic leaders to design and launch the Community Policing Innovations Initiative (CPII, “The Initiative”) in conjunction with local and regional organizations. 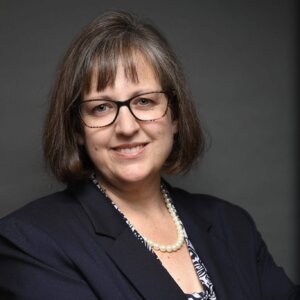 “There are many leaders in police departments across our region that want to implement positive reforms. We want to support them, but also, we want to make sure we’re connecting those (PD) leaders to community leaders and getting community input on what’s happening,” said Katie Brisson, Vice President, Program at The Community Foundation.

In partnership with their local police departments, the CPII provides local communities with guidance, technical assistance, and support in the form of nationally recognized law enforcement experts. When coupled with The Foundation’s resources, developing and implementing sustainable, community-driven projects aimed at making substantive and practical changes to the delivery of public safety services can become a reality.

Bridging the Divide Between Communities and Police Departments 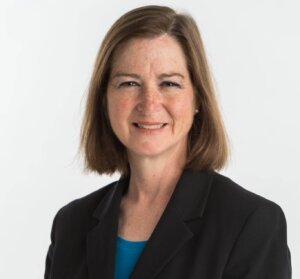 One of those experts is homegrown; Barbara McQuade is a native daughter of Detroit, former U.S. Attorney for the Eastern District of Michigan, and current professor from practice at her alma mater, the University of Michigan Law School. As The Initiative’s chair and a board member of The Community Foundation and the Hudson-Webber Foundation, her input has been integral to developing The Initiative’s direction and aspirations while establishing the principles that guide them.

“The goals of the project are to address some of the concerns that we’ve seen in recent years relating to police shootings and use of force, particularly in communities of color,” McQuade said. “It’s also an effort, I think, to bridge the divide that has been wedged between communities and police departments.

During her seven-year tenure as U.S. Attorney, she worked toward addressing the priorities of the Eastern District head-on: national security, violent crime, public corruption, civil rights and financial fraud, mortgage fraud, health care fraud, and environmental crimes. When these efforts are held up next to her outlook that attorneys “should be community problem solvers” and her role at The Foundation, spanning the divide between the public and the police, McQuade is a lifelong Detroiter who “walks her talk.” 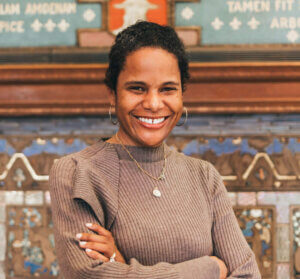 Reaching across that divide alongside the Community Foundation is another former federal government employee and Hudson-Webber board member, Melanca Clark, their current President and CEO. In 2016, Clark and her husband purchased a home and put down roots on the East Side of Detroit. Now, bolstered by her experience with the Office of Community Oriented Policing Services (COPS Office) at the Department of Justice (DOJ) and as Chief of Staff for the President’s Task Force on 21st Century Policing, Clark is positioning The Community Foundation within the philanthropic landscape of Detroit to be a long-term changemaker by guiding law enforcement and community; not down the easiest or quickest path, but a path that’s right and just for all.

“Our (Hudson-Webber’s) theory of change is that when the community is involved in driving decision-making and strategy in partnership with law enforcement, we get better outcomes,” she went on, “It’s with that orientation that we’ve come into the community policing work we’re doing with the Community Foundation.”

As with too many stories told in 2022, this one begins with a series of phone calls following the tragic murder of George Floyd in 2020. Already familiar with Clark’s background from their time on the board together, McQuade phoned her now-fellow Detroiter, and both left the conversation with the feeling that, “surely, in this moment, there’s something Hudson-Webber can do.” At the Community Foundation for Southeast Michigan, then-head Mariam Noland also had Clark’s past experience on her mind when she reached out to offer CFSEM’s resources in support of “something.”

With the next stepping-stones seeming to rise before them, Clark found herself the fulcrum of an effort to connect Detroit’s network of foundations and resources with law enforcement educators and national experts, including key consultants from 21CP Solutions. As the brainstorm brewed up over a coast-to-coast conference call coalesced above Southeast Michigan, the subject of “something” came up again. “Could we do something more than just give a grant to organizations in this space? Could we actually create something that didn’t exist in our community? . . . And almost immediately, because there is that opportunity, it was like, ‘Yeah, let’s do more than a grant.’”

Since those initial conversations, that desire to do “something” has coalesced into the Community Policing Innovation Initiative. Clark’s framing of the concept reaffirms its sustainability and foundational intentions, “The idea is that we build something for Southeast Michigan; so national experts can partner with folks on the ground, who will then be here beyond the time of this initiative to continue to be a player around these efforts and in this space.”

The Initiative’s committee members recognize the crucial role of community leaders in the push for policing and public safety reform. “Communities already had been working on some of these issues for years, and now we’re stepping in,” says Brisson. “I see it as helping them get to their roles faster with more support and resources.” By establishing and encouraging these partnerships as the bedrock of future projects, the CPII operates with the intent to accelerate a community’s progress towards reform.
From Dearborn to Pontiac, each project demonstrates a commitment to collaboration and addresses at least one of the following focus areas: use of force, officer accountability, disparate enforcement and treatment, reimagining public safety, and truth & reconciliation.

Policy recommendations developed by the President’s Task Force on 21st Century Policing serve as the groundwork of the CPII. Among these recommendations, the task force identified the necessary steps for law enforcement, so police reforms will meaningfully take root:

“Some of these departments are focusing on mental health and crisis situations or working more closely with community members,” McQuade said. “So, there’s a strong appetite for this among law enforcement.”

Technical advisors have been matched with community leaders and organizations participating in the Initiative. TAs are subject matter experts representing a wide array of fields, including law enforcement, community engagement, and data assessment. Beyond simply providing guidance, TAs will also help communities build systems to measure and analyze the impact and effectiveness of their projects, so they can make adjustments as the work evolves.

To date, eleven projects across the seven-county region have been awarded funding support.

Over the next several months, we’ll be profiling these projects, focusing on how The Initiative has helped foster community-policing partnerships. We hope their work demonstrates to communities, in Michigan and beyond, that reimagining public safety is not just possible, but necessary.

Article written by Christopher Smith, a freelance copywriter, editor, and consultant from Baltimore, MD. An advocate for diversity, equity, inclusion & accessibility, and a lifelong fidgeter, he’s proud to be one of over 140 million adults worldwide with ADHD. Find Chris on LinkedIn or reach out at cmsmithediting@gmail.com.

Providing Continued Support for the Environment: Endowment, GreenWays, and The Great Lakes Way