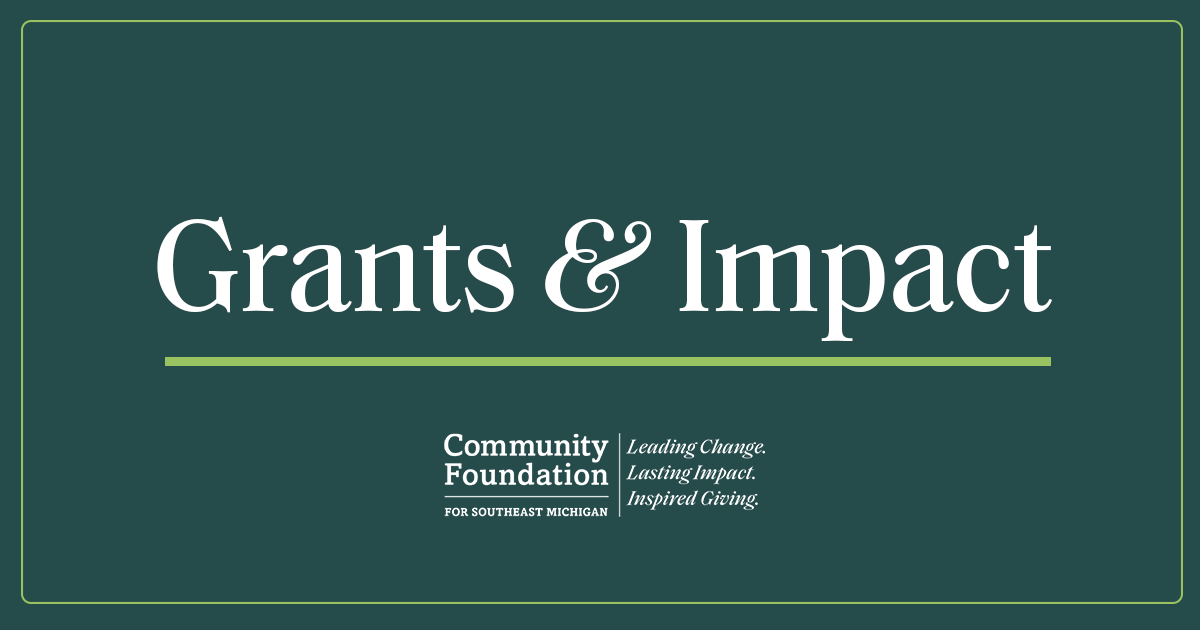 The William Davidson Foundation is honoring its late founder, William “Bill” Davidson, on what would have been his 100th birthday by announcing a pair of grants focused on sports, fitness, and competition. The grants were announced during “Jewish Heritage Night” at the Detroit Pistons game at Little Caesars Arena, where Mr. Davidson’s birthday was recognized. He owned the Pistons from 1974 to 2009.

The one-time grants, totaling $1,360,000, were awarded to two Detroit-based organizations, Project Play, an initiative of the Community Foundation for Southeast Michigan, and the Detroit Riverfront Conservancy.

“My father was incredibly proud of Detroit – its people, athletes, and community leaders. He was an exceptional person, but more so, he was driven by a real sense of purpose to give back and strengthen the community. It’s a tremendous honor to continue his legacy every day, but especially on what would have been his 100th birthday,” said Ethan Davidson, director and grants committee chair of the William Davidson Foundation.

William Davidson (1922-2009) was a businessman, professional sports team owner, and philanthropist. He was the founder, president, CEO, and chairman of Guardian Industries, one of the world’s largest glass manufacturers.

Mr. Davidson was an active philanthropist, giving extensively to organizations in and around Detroit and to causes that support Jewish life and Israel. He established the Foundation in 2005.

“Mr. Davidson was passionate about many things, including the city of Detroit, sports and fitness, and of course, the Pistons,” said Darin McKeever, president and CEO of the William Davidson Foundation. “It is such an honor and privilege to recognize our founder on his centennial birthday and do so alongside the Detroit Pistons, the NBA, and in collaboration with tremendous organizations like the Community Foundation for Southeast Michigan, the Detroit Riverfront Conservancy, and some of the area’s top youth fitness non-profits.”

The funds to the Detroit Riverfront Conservancy will go toward a weekend of events that include: a Detroit showcase concert that celebrates Detroit’s rich musical history, a “Detroit’s Got Talent” style competition featuring musical acts, a three-on-three basketball tournament, and a fun, barrier-free 5k walk/bike/roll along the Riverwalk.

The activities supported by the William Davidson Foundation through Project Play will span 2023, and the weekend of events at the Detroit Riverfront will take place in a single mid-August weekend. Both grants are considered one-time in nature.

“In our eyes, Southeast Michigan’s youth are the big winners,” said Alana Glass, director of Project Play. “The grant honoring William Davidson will help us move closer to realizing our vision for the community, which is that all children have the opportunity to be active through sports and to live their best lives.”

“We have an enduring relationship with the William Davidson Foundation,” said Mark Wallace, president and CEO of the Detroit Riverfront Conservancy. “Together, we’ve transformed Detroit’s riverfront into a beautiful, exciting, safe, accessible world-class gathering place for all. We’re thrilled to be a part of celebrating Mr. Davidson’s passion for sports and competition on his birthday today and excited to host a fun weekend of events for metro Detroiters next summer.”

ABOUT THE WILLIAM DAVIDSON FOUNDATION
The William Davidson Foundation is a private, family foundation established in 2005 to honor its founder
and continue his lifelong commitment to charitable giving, advancing for future generations the
economic, cultural, and civic vitality of Southeast Michigan, the State of Israel, and the Jewish
community.

ABOUT PROJECT PLAY AND THE COMMUNITY FOUNDATION OF SOUTHEAST MICHIGAN
Project Play: Southeast Michigan, an initiative of the Community Foundation for Southeast Michigan, in
partnership with the Ralph C. Wilson, Jr. Foundation and the Aspen Institute, serves to provide children
in southeast Michigan with access to equitable sports programs and safe spaces for recreation and play.
We believe every child—regardless of location, income or ability—should have access to fun and
fulfilling physical activities. Visit www.projectplay.org to learn more.

The Community Foundation for Southeast Michigan is a full-service philanthropic organization leading
the way to positive change in our region. As a permanent community endowment built by gifts from
thousands of individuals and organizations, the foundation supports a wide variety of activities
benefiting education, arts and culture, health, human services, community development, and civic
affairs.

ABOUT THE DETROIT RIVERFRONT CONSERVANCY
The Detroit Riverfront Conservancy is a non-profit organization founded in 2003 with the mission to
develop public access to Detroit’s riverfront and serve as an anchor for economic development. As the
permanent stewards of the Riverwalk and the Dequindre Cut, the Conservancy is responsible for raising
the funds needed for construction, operation, maintenance, security and programming of the public
spaces located along the riverfront. The ultimate vision is for the Conservancy to develop five-and-ahalf miles of riverfront from the Ambassador Bridge on the west to Gabriel Richard Park, just east of the
MacArthur Bridge to Belle Isle. Visit www.detroitriverfront.org for more information.

$23 million in grants announced during Community Foundation's annual board meeting