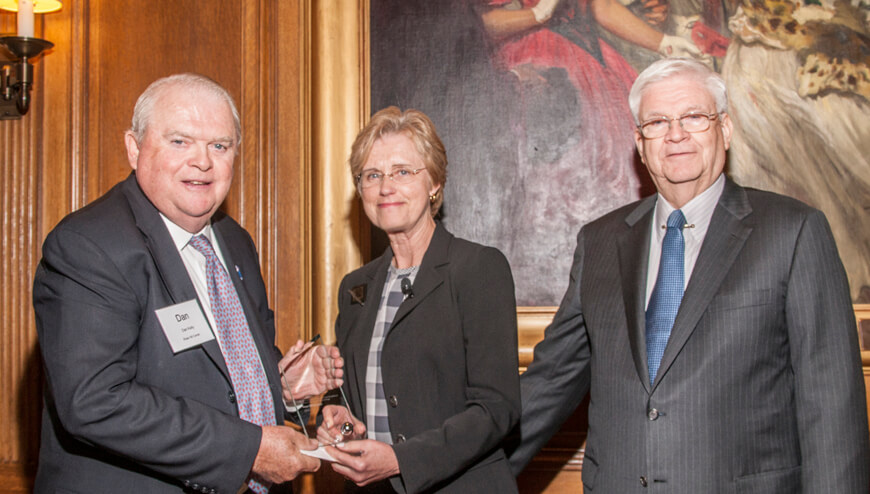 The Richard F. Huegli Award for Program Excellence recognizes a nonprofit organization in southeast Michigan that has a history of achieving excellence in human services delivery. It celebrates Mr. Huegli’s legacy of high standards for programming excellence and belief in human potential. The recipient receives a one-time grant of $5,000 to support general operations.

Rose Hill Center opened in 1992 to provide a therapeutic residential program for adults with mental illness that would enable them to manage their symptoms, achieve their highest level of independence and lead rewarding lives. Their approach combines professional psychiatric care and meaningful daily activity. The Rose Hill campus includes a 10,000 square-foot Education and Therapy Center and a well-established horticulture program which is an essential part of its treatment mission.

“Rose Hill Center graciously accepts the Richard F. Huegli Award for Program Excellence,” said Founder and Chairman of the Board, Daniel Kelly. “Having known Richard Huegli, for whom I had the utmost respect, it is a great honor to receive an award bearing his name. Receiving this honor is a testament to the great work of Rose Hill’s board, staff and donors over the years and their commitment to finding better ways to help our residents engage with their own treatment programs and lead rewarding lives.”

A Message for Our Grantees