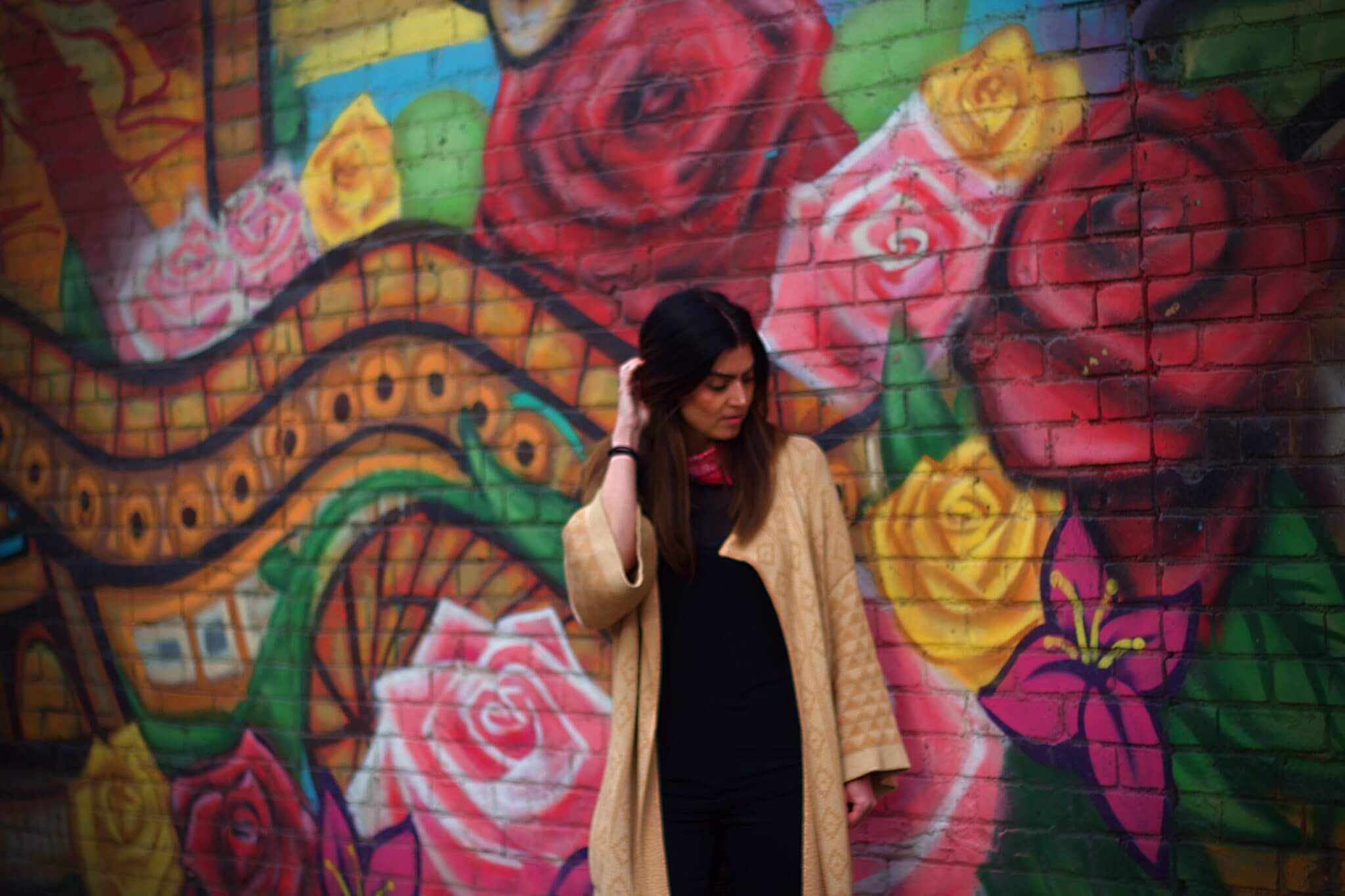 Serena Maria Daniels spent years working as a daily newspaper reporter writing about immigration and politics and doing her best to highlight the untold stories of people in the communities where she worked. But as a Mexican American journalist who saw many stories go unreported, she said she grew frustrated.

Instead of always having to convince editors of the worth of people’s stories, she says, Daniels dreamed of starting her own publication “to give these stories a place to live,” she says. She launched Tostada Magazine, a digital publication focused on the intersection of food, identity and culture in 2017. Tostada works to shift the conversation in Detroit food journalism to focus primarily on the voices of the city’s diverse communities. The magazine’s first story was about the nearly 50 Detroit-area restaurants that closed in support of the national day without immigrants. She was a one-woman show writing as much as she could to amplify the often-muted voices of everyday Detroiters.

Then Daniels learned about the Detroit Journalism Engagement Fund – an initiative of the Community Foundation for Southeast Michigan, the Knight Foundation and the Ford Foundation – designed to elevate the voices of the broader Detroit community. The philanthropic groups, concerned about strengthening local media, partnered to create a $900,000 fund to support innovative local journalism and efforts to ensure more city residents’ voices are included in the narrative of Detroit.

“As I read through the description I was blown away that something like this existed,” Daniels said of the Fund.

With no background or experience running a business or non-profit but with a passion for ensuring that everybody’s story would be told, Daniels set out to find a fiscal sponsor who could help her tap into this important new resource.

One year after the Journalism Fund was launched, Tostada Magazine, an inaugural grant recipient, worked with a diverse group of storytellers to share dozens of Detroiters’ stories, many of which likely would have gone unreported. Tostada stories have been picked up by local and national news organizations such as Model D and Latino Rebels.

The magazine has been a springboard for developing new journalists. Two of Tostada’s contributors used their news clips from the magazine to apply for internships and fellowships.

Her unique approach using journalism about food to amplify a broad range of voices has been one of the successes of the Journalism Fund. The magazine has been a platform to explore issues like entrepreneurship, minimum wage and identity.

Giving Everyone a Seat at the Table

Tostada gives everyone a seat at the table and reveals new stories about Detroit’s food scene. For example, the magazine wrote about Venezuelan restaurant El Rey de las Arepas feeding Major League Baseball players  when they come to town, giving them a sense of home. Tostada also covered stories about the Caribbean, French and West African foods featured during Detroit’s Black Restaurant Week. Last fall, the magazine wrote about traditional Thanksgiving dishes from a range of cultures that featured halal turkey, tandoori and grape leaves.

“My role has been to uplift voices and write stories that aren’t over-explaining a certain racial or ethnic culinary tradition.”

“Food writing has evolved to give people a glimpse into other cultures and traditions, it’s become the tie that binds us as a society, a lens from which we can communicate our shared histories,” Daniels wrote following a taco contest at Eastern Market whose list of winners excluded any Detroit restaurants — including a popular Southwest Detroit taco truck.

Daniels added, “My role has been to uplift voices and write stories that aren’t over-explaining a certain racial or ethnic culinary tradition.”

Often called upon as an expert on the local food scene, Daniels is thrilled that Tostada Magazine recently was selected for a second grant from the Journalism Fund. She expects to make an even greater impact, adding that other news outlets “have become more mindful” about the way they cover food influenced at least in part by Tostada’s work.

Stories about food help bridge cultural differences and build a better understanding of our neighbors, Daniel said. The magazine’s most popular stories focus on small businesses and neighborhoods and are not the stories picked up by larger news outlets.

Tostada received a $20,000 grant in its first year and has been awarded another $20,000 in the second round of grants from the Journalism Fund. In partnership with Allied Media Projects, Tostada’s fiscal sponsor, the magazine is working to develop a sustainable business strategy and continue to uplift the culinary, social and business impacts of minority and immigrant communities.

Tostada’s next steps include building a calendar of community and culinary events to bring people together, and developing an advertising plan. Daniels also wants to identify more contributors and is developing a roster of freelancers who can write for the magazine.

Tostada has developed a following. “It illustrates how people are really craving an opportunity to see their stories being told in a nuanced and accurate way,” Daniels said.

In all, the Journalism Fund is supporting nine projects in its new round of grants. Five were selected to receive a second grant to continue or expand their work from last year. Four new organizations are the recipients of an initial grant. The new grants focus on freedom of information requests, storytelling on race and justice, using cellphones to produce neighborhood videos and embracing community engagement strategies to tell more of Detroit’s stories.