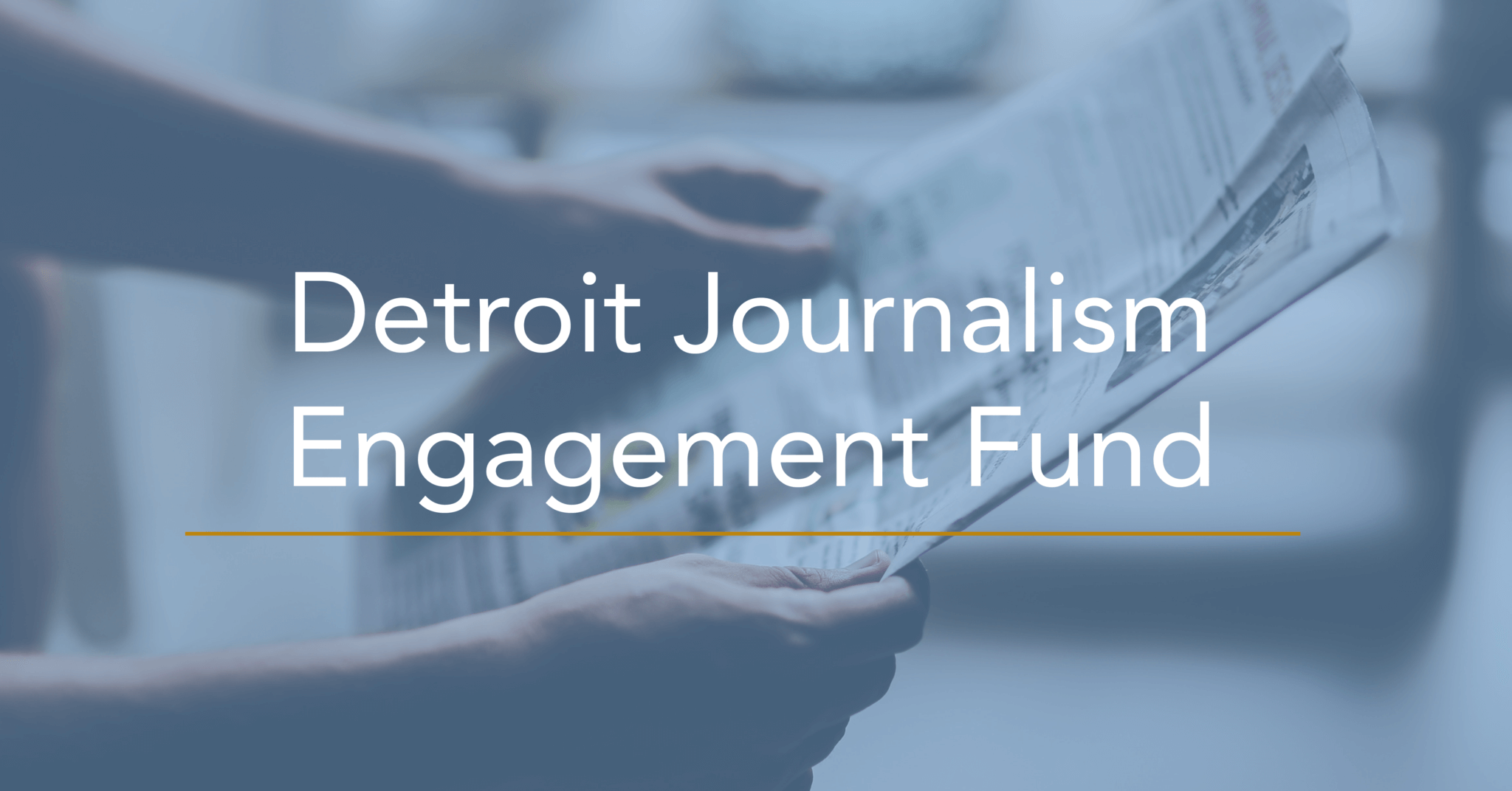 In year three of the Detroit Journalism Engagement Fund, a partnership with the John S. and James L. Knight Foundation, the Ford Foundation and the Community Foundation for Southeast Michigan, 11 projects including 12 organizations will work on projects ranging from launching a new podcast to enabling journalists to explore issues of race and equity in Detroit.

This year’s grantees are: