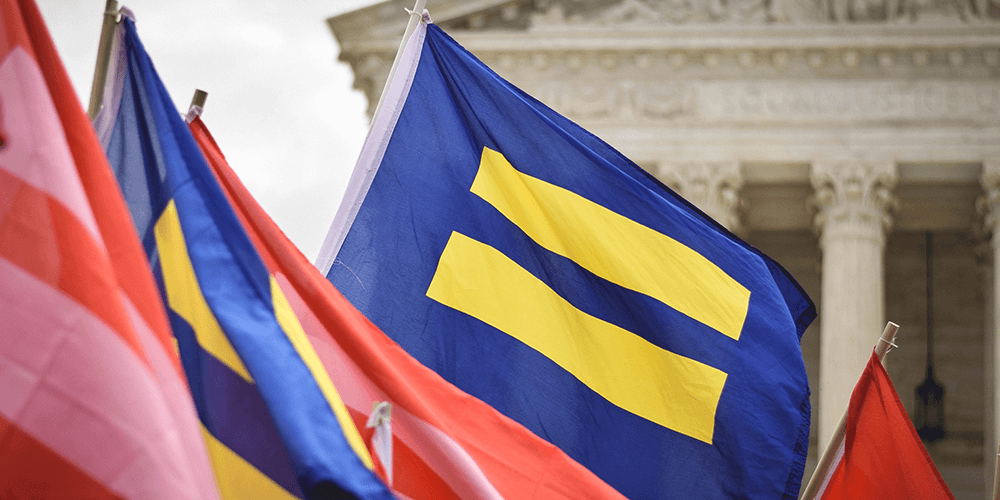 Supporting the cause from the start

Pepper Hamilton attorney Tom Wilczak has been with The HOPE Fund almost since its inception.

He was also actively involved with Unified, formerly AIDS Partnership Michigan. “I was losing way too many friends to stay silent,” Tom said.

Tom appreciated the implications of the creation of an initiative like the HOPE Fund: that the foundation world wanted to expand its knowledge base and help serve the unmet needs of LGBTQ+ community members.

“Having [the HOPE Fund] well-established in the Community Foundation for Southeast Michigan allowed other organizations to more freely participate in that discussion and realize that, yes, now we can talk about these needs,” he said. “It became much more receptive; it was easier for organizations to address those issues.”

Growing up in Detroit, Tom was raised to participate in and give back to his community. “It has always been second nature to me,” he said. That’s evident from his history of pro bono legal work.

Currently, his team is involved in a number of immigration issues in Detroit, and has worked for many years on Project Innocence and prison reform initiatives, including LGBTQ+ projects, throughout the country.

He also led a Pepper Hamilton team that helped win a court ruling that Michigan’s so-called “Marriage Amendment,” which prohibited the state from recognizing same-sex marriages, did not prohibit employers from providing domestic partner benefits, principally in the form of employee-paid health insurance, to same-sex domestic partners.

HOPE Fund grantee ACLU Michigan is a major player in the legal battles for LGBTQ+ rights and protections. LGBT Project Staff Attorney at the ACLU of Michigan, Jay Kaplan, had always said that working on an LGBTQ+ project for the ACLU would be his dream job, and that opportunity came in 2001, with the creation of the HOPE Fund and the urgent need to protect LGBTQ+ rights against an increasingly conservative state court landscape.

“We’ve seen tremendous progress in so many ways,” Jay said. But there is also much work to do to make sure LGBTQ+ citizens are included and protected, particularly around trans rights (including access to healthcare) and the increase of faith-based challenges to inclusion.”

ACLU Michigan is intervening in a case in which parents sued a school district that passed a nondiscrimination policy that included LGBTQ+ protection, saying the policy violated their religious freedom. The idea that individuals and businesses would not need to comply with anything that conflicts with their religious beliefs is a frightening development, Jay said.

“We’ve never allowed religion to be used as a sword to harm other people. If we permit this sort of thing, we gut not only civil rights laws but any law.”

Earlier this year, ACLU Michigan was also involved in one of the three landmark LGBTQ+ cases the Supreme Court heard in October, regarding the question of whether existing federal workplace protections extend to LGBTQ+ people—essentially, whether someone can be fired for being LGBTQ+. It’s a chilling prospect, and one that underscores both how much work remains and how necessary it is to have organizations advocating for the LGBTQ+ community.

“I don’t know of any dedicated funding source in Michigan that has funding specifically for LGBTQ+ programs,” Jay said. “The HOPE Fund is the only game in town. Without it, there’d be nothing.”

Please consider making a gift to The HOPE Fund so that it can continue to support LGBTQ+ inclusion under the law.